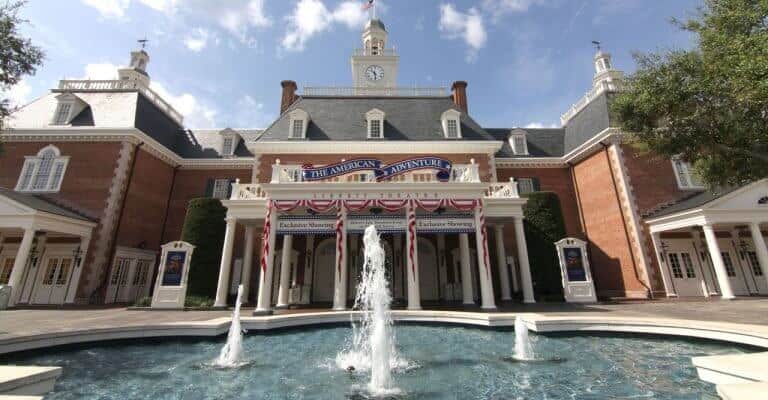 Barbecue and beer lovers, this one’s for you. Disney just announced that an all-new craft beer and barbecue restaurant is opening later this year at Epcot, so you can get your grub on and feast on some delicious American classics as soon as your next Disney trip

Disney made the announcement this week an all-new smokehouse will be opening at the American Adventure later this year. The new dining location will be, as Disney describes it, a modern barbecue smokehouse with all the accompanying sights, sounds, smells, and flavors that fans know and love, including a large smoker for preparing food every night on the pavilion’s promenade. Those who love eating at the American Adventure during Epcot’s many festivals will recognize the delicious smells from the smoker as it often cooks up smokehouse-style dishes seasonally, so we’re excited for it to have a permanent place at the pavilion. Disney also shared that they will be redesigning the patio for guests to enjoy, so it seems like this new restaurant will truly be your one-stop shop for classic American barbecue.

But the opening of a new craft beer and barbecue restaurant at Epcot unfortunately comes at the expense of another dining location: Liberty Inn. Known for serving up traditional American fare, Liberty Inn is located in the American Adventure pavilion at Epcot and will be closing on July 8 to make way for the all-new American dining location, Regal Eagle Smokehouse: Craft Drafts & Barbecue. Some fans may be disappointed by the news of the replacement, especially since Liberty Inn is a long-running dining location at Walt Disney World. It was part of the opening day lineup of restaurants at Epcot, and even though it has undergone multiple menu changes since the 1980s, it’s still a classic Epcot food stop in the eyes of many Walt Disney World regulars. Still, Liberty Inn doesn’t exactly serve anything exciting or quintessentially American on its menu, other than cheeseburgers and hot dogs. So this new take on American cuisine could be what the American Adventure needs to bring more people to the pavilion.

We’re excited to see Disney finally bringing in some unique yet classic American grub at the all-new barbecue joint opening later this year. We hope it tastes as good as it sounds!

What do you think of Disney’s decision to replace Liberty Inn with a smokehouse? Let us know in the comments!