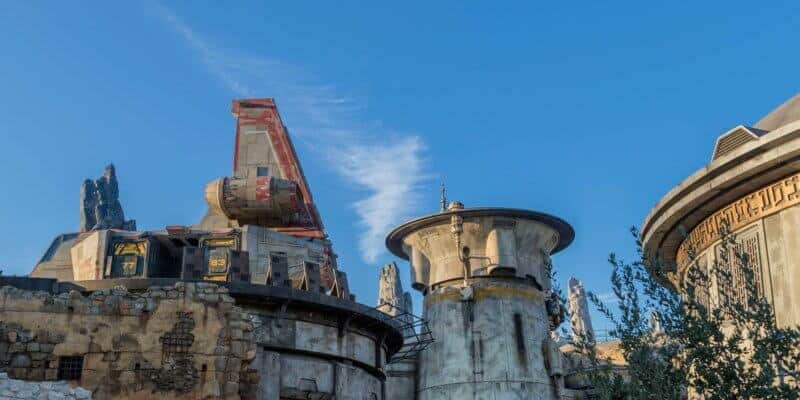 Reservations for Star Wars: Galaxy’s Edge opened up for Disneyland Resort guests on Thursday, but it didn’t take long before all of the reservations had been claimed. Not even two hours after reservations opened at 10 a.m., Disneyland guests had claimed all available reservations during the first few weeks of the land’s opening.

Sir, the possibility of successfully getting a Galaxy's Edge reservation is approximately 3,720 to 1! #disneyland #galaxysedge #starwars pic.twitter.com/G0vkSlMPk1

4 browsers, 4 phone calls, 1 technical difficulty and an hour's worth of waiting. #GalaxysEdge pic.twitter.com/8tXuug8xFc

Am I the only person that thinks @DisneylandToday should carry this reservation system for #GalaxysEdge forward for the first year of operation? It would help reduce the madness of a park at capacity everyday, as well as ensure the guest expectation that they will get in.

Some even reported that guests were already attempting to sell their reservations on eBay. However, we’re not so sure they’ll be successful in their efforts. Disney has already shared that reservations are non-transferable and guests must show photo I.D. along with their reservation in order to visit the new land.

Why are people selling #GalaxysEdge reservations on Ebay? They gonna include their driver's license & hologram of themselves too? So dumb.

Mark it down guys. We got our first person trying to sell spots for #GalaxysEdge Knew it wouldn’t be long. But don’t know how it’ll work since it’s through a hotel reservation and they already put names down. #starwarsgalaxysedge pic.twitter.com/0E3iWA5gON

If you weren’t able to snag a reservation, don’t worry. Beginning June 24, you can access Star Wars: Galaxy’s Edge without needing a reservation. Of course, no matter what time you plan to visit, you are still required to have valid admission to Disneyland park.

Were you able to snag a reservation for Star Wars: Galaxy’s Edge at Disneyland? Let us know in the comments!