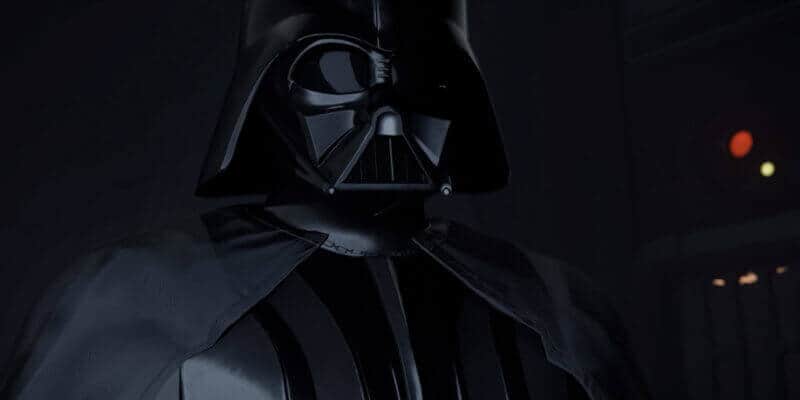 We’ve seen young Disney guests use the Force in the Jedi Training Academy, flown through space on an epic adventure on Star Tours, and even encountered Darth Vader himself in Secrets of the Empire at The VOID. And soon, “Star Wars” fans everywhere will have a chance to face off against Darth Vader in an all-new virtual reality series: “Vader Immortal: A Star Wars VR Series.”

Lucasfilm and ILMxLAB revealed details on the new VR series at Star Wars Celebration. Not just a movie, ride, or game, but combining elements of each, “Vader Immortal” is an exciting new way of telling stories. Intense, scary, intimate and overwhelming all describe the new experience and story. 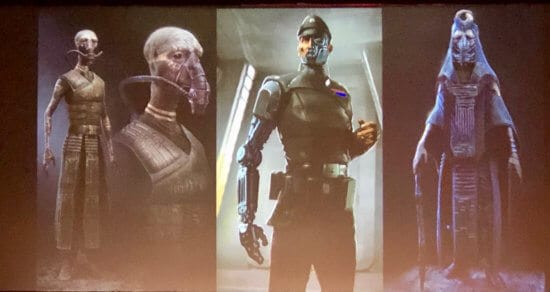 Production on this new immersive story and experience began three years ago and picks up where “Secrets of the Empire” leaves off. The stories connect, and without giving away spoilers, an item you seek at the end comes into play in this new story. The story is set on Mustafar, which fans will recognize as the location we get a glimpse of at the end of Episode III. Taking place primarily in Vader’s castle and timed to occur just before the events of “Star Wars: A New Hope,” in “Vader Immortal” you experience what it is like to meet Vader face-to-face. We have all experienced that chill the first time we saw Darth Vader in the movies; imagine how much more intense it becomes when he is literally in front of you in this virtual reality world.

Here’s how ILMxLAB describes the experience:

Set between the events of Revenge of the Sith and A New Hope, Vader Immortal: A Star Wars VR Series is an original narrative adventure that lets audiences step into the role of a smuggler operating near Mustafar, the volcanic world that Darth Vader calls home. In typical Star Wars fashion, they’ll soon find themselves in the middle of a grand adventure as they are unexpectedly pulled out of hyperspace — and eventually come face to face with the Sith Lord himself.

Your character is the captain of a smuggling ship called Windfall and your first mate is ZOE3, a quick-witted droid played by Maya Rudolph of “Saturday Night Live” fame. ZOE3 provides the heart and comic relief to the story, during which you’re caught by the Imperial Forces and taken to Vader’s castle for an adventure you won’t soon forget. 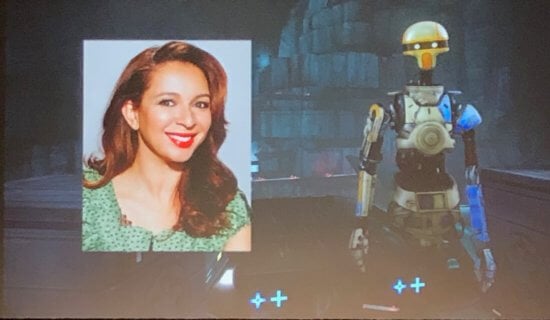 “Much in the way Alan Tudyk did with K-2SO, we needed somebody for this role that could create a unique character using their improvisation and performance skills,” said writer and executive producer David S. Goyer. “Maya truly was the first person we thought of, right from the very beginning, and her contributions and sense of humor have guided ZOE3 every step of the way.”

The experience is more robust and longer than “Secrets of the Empire,” lasting 45 minutes to 1 hour on each episode. At one point you take part in a lightsaber Dojo, which can be replayed in an extended version of the experience. Episode 1 of “Vader Immortal” gives you a chance to experience lightsabers in-depth while Episode 2 brings forth the use of the Force to the virtual world.

“Vader Immortal lets you step inside a Star Wars story, so you’re not just observing what’s happening. You’re the lead character,” said director Ben Snow. “As a fan, I’ve always wanted to feel what it’s like to be close to Darth Vader. So to have him walk right up in VR — not only with his mechanical breathing, but talking to and addressing you directly — is something that I think is going to be meaningful for a lot of fans.”

Last year, we learned that “Vader Immortal” is a three-episode series of virtual reality experiences set between Episodes III and IV, connecting it with “Secrets of the Empire” and the larger “Star Wars” timeline. Take a look at the new trailer below:

We don’t know about you, but we think battling Darth Vader sounds equally exciting and terrifying, and we can’t wait to experience it. “Vader Immortal” will be available on the Oculus Quest home system as well as Oculus Rift S.

The Oculus Quest system takes VR to the next level with an untethered stand-alone device providing unconstrained movement in the virtual world. Working in partnership with the Skywalker Sound Team and paired with specialized audio providing the illusion of how sound works in the real world, you won’t find a more immersive experience today.

“Vader Immortal: A Star Wars VR Series – Episode 1” is scheduled for release this spring, but if you’re at Star Wars Celebration, you’re in luck. You can experience a demo of “Vader Immortal” and Lightsaber Dojo in room Room 4823 of the convention center.

What do you think of the new “Vader Immortal” virtual reality series? Share your thoughts and excitement with us in the comments!