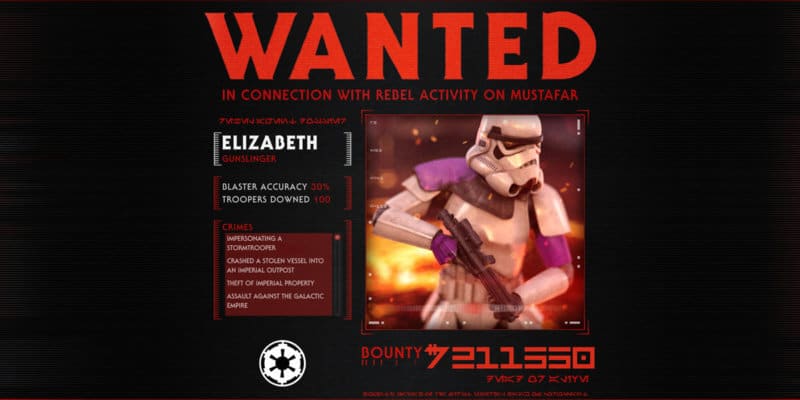 The jaw-dropping hyper-reality experience “Star Wars: Secrets of the Empire” from The VOID has been wowing guests at Walt Disney World, Disneyland Resort, and other locations around the world since last December. But one thing has kept fans from going back again and again: the lack of any kind of scoring system.

“Star Wars: Secrets of the Empire” is an amazing experience to play through once, but considering the story is basically on rails, it doesn’t offer much of a reward to guests who don the Stormtrooper armor multiple times. I’ve personally partaken this officially collaboration between The VOID and Lucasfilm on three occasions and loved it, but felt there wasn’t much more I could get out of it. But now, with the introduction of an actual player score, I’m starting to feel compelled to re-enter the game. 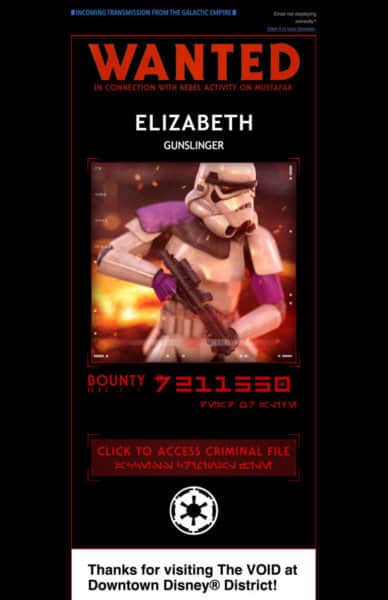 In a post this morning on the official Star Wars website, Lucasfilm Story Group member Matt Martin explains the new procedure of sending out Imperial “Wanted” posters to players via email upon completion of the experience. The bounty amount listed on the posters represents the player score, encouraging repeat visits in an effort to try and best one’s own record. In the quote below, Martin explains how “Secrets of the Empire” uses the “Wanted” posters to further cement its position in the larger “Star Wars” timeline:

Secrets of the Empire takes place before the official Rebel Alliance has been formed, so the Empire isn’t as used to dealing with this sort of insurgency. They don’t have as much infrastructure set up to track down these troublemakers, so they just throw money at it. And the more damage you cause, the more upset they get, and the more money they’re willing to spend to track you down. The Empire isn’t exactly hurting for funding.

Comments Off on Scoring system added to The VOID’s “Star Wars: Secrets of the Empire” hyper-reality experience at Disney Resorts