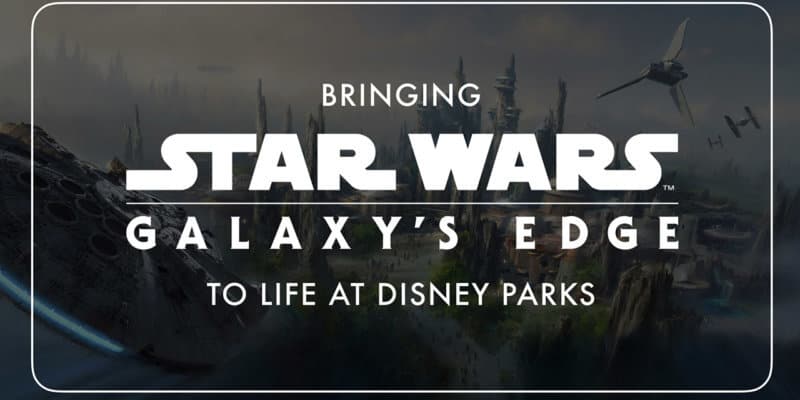 Star Wars Celebration takes place from April 11 – 15 in Chicago, and during the event, a special panel is dedicated to all things Star Wars: Galaxy’s Edge, the highly-anticipated new land coming soon to Disneyland and Disney’s Hollywood Studios.

It will surely be a must-see panel for “Star Wars” and Disney Parks fans, and luckily for those who can’t attend Star Wars Celebration, Disney Parks Blog is live streaming the presentation! Tune in to Disney Parks Blog on Saturday, April 13 from 11:00 AM – 12:30 PM CST to catch “Bringing Star Wars: Galaxy’s Edge to Life at Disney Parks.”

The special Star Wars: Galaxy’s Edge panel welcomes Chris Beatty, Asa Kalama, Margaret Kerrison and Scott Trowbridge from Walt Disney Imagineering and Doug Chiang and Matt Martin from Lucasfilm. Recently, fans have gotten a peek at the cast costumes, food and beverages, and merchandise coming to the new land, and the anticipation to visit a “Star Wars” planet in real life is high. Hopefully, the event will reveal even more updates on Galaxy’s Edge, which opens May 31 at Disneyland and August 29 at Disney’s Hollywood Studios.

Looking for more information on Star Wars: Galaxy’s Edge? Here’s everything we know so far about the upcoming land.