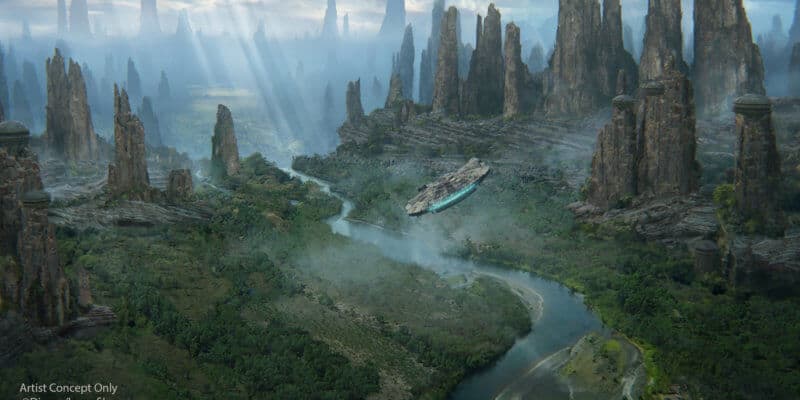 Last week, Disney announced the official opening date for Star Wars: Galaxy’s Edge on both U.S. coasts. Now, Orlando hotels are bracing themselves for a summer surge in vacation bookings, and they don’t expect the excitement to wear off anytime soon.

Orlando Sentinel reports that while it’s too soon to tell exactly how much reservations will surge over the next few months, Orlando hotel officials say that bookings increase anytime a new attraction debuts at the Orlando theme parks. Central Florida has seen a record number of tourists flocking to the region over the past several years. 72 million visitors vacationed in the area in 2017, and that number is growing.

Star Wars: Galaxy’s Edge opens August 29 at Disney’s Hollywood Studios at Walt Disney World, and although there won’t be any FastPass+ reservations available to start (and only one of the two attractions will be open for guests to enjoy for the first few months), this won’t deter visitors from heading to the Sunshine State. Disney fans have been bracing themselves for the opportunity to visit Galaxy’s Edge for years, and now that we know the opening date, there’s no doubt “Star Wars” enthusiasts and Disney Parks fanatics are itching to get their hands on whatever hotel reservations they can snag.

“It’s an exciting time for all hotels in Orlando when the opening of a major attraction is announced,” said Joyce Cowan, director of market strategy for Grande Lakes Orlando — a complex just east of SeaWorld that includes JW Marriott and Ritz-Carlton hotels — in an interview with Orlando Sentinel. “We are closely monitoring demand and hope to see an uptick in bookings from those who want to be among the first in line to experience it.

Cowan isn’t the only hotel official anticipating an increase in tourism in light of Galaxy’s Edge. Others shared similar sentiments, stating that they expect the opening of the new “Star Wars”-themed land to boost their vacation home sales and increase hotel occupancy even more than in years past. Hotels and vacation homes saw a rise in interest with the opening of The Wizarding World of Harry Potter at Universal Orlando Resort almost a decade ago. With Star Wars: Galaxy’s Edge being the largest expansion of Disney Parks to date, there’s no doubt Orlando hotels will be just as booked up as they were for the “Harry Potter”-inspired lands, if not even more so.

“Being the theme park capitol of the world requires constantly investing in new attractions and experiences,” Visit Orlando CEO George Anguel shared, stating that this is a pattern that repeats itself time and time again.

With official Walt Disney World Resort hotels getting more and more difficult to reserve and with the anticipated surge in non-Disney hotel bookings, it’s safe to say it can be a lot of pressure to get that hotel reservation for your family so everyone can enjoy the newest Disney Parks themed land. Now more than ever, you may want to consider getting some help when booking your vacation. An Authorized Disney Vacation Planner can take away the stress of finding the perfect accommodations for your family and planning your day-to-day routine while you’re in Orlando. Inside the Magic recommends Academy Travel, and you can click here for a no-obligation travel quote for your Star Wars: Galaxy’s Edge vacation.

What do you think of the impending surge in vacation bookings in light of the new “Star Wars”-themed land opening at Disney’s Hollywood Studios? Will you visit the land on the west coast or east coast? Share your travel plans and excitement with us!