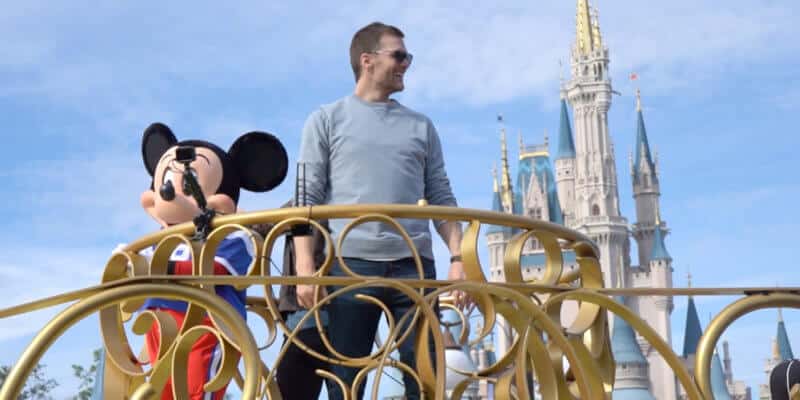 Where else would you celebrate winning the Super Bowl than at the most magical place on Earth? Today, Magic Kingdom held a special parade for Tom Brady, the quarterback of the New England Patriots and Julian Edelman, the 2019 Super Bowl MVP. Together the players were joined by Mickey Mouse and a group of cheerleaders as they paraded down Main Street U.S.A. in celebration of their victory against the Los Angeles Rams.

Take a look at the full parade featuring both Brady and Edelman below!

During the parade, Edelman spoke of all the fans who came to see the players at Magic Kingdom. “It’s unbelievable to see the support all you guys have for our franchise…Coming out to see you guys is unreal…We love you guys,” said Edelman to cheering fans.

Brady also got a chance to express his gratitude to fans who made their way out to the park to join in on the celebration of their win against the Los Angeles Rams. “I didn’t know we had this many fans in Florida as we do in Boston. We love you guys, thanks for all your support!” Brady ended his small speech with the team’s chant, “We’re still here, we’re still here.”

After the parade, Inside the Magic and a few other news outlets got the chance to catch up with the MVP, who discussed some of the free time he got to experience around the Walt Disney World parks during his visit.

“We got to go on the new Toy Story ride, which was pretty killer…Did a couple lightsaber battles with Brady, pretty sure I took him down a few times. I might have taken an arm or a leg,” said Edelman. In the video, Edelman also went on to share a heartfelt story of his love for Walt Disney World and its importance to him and his family, which can be seen above in the full interview.