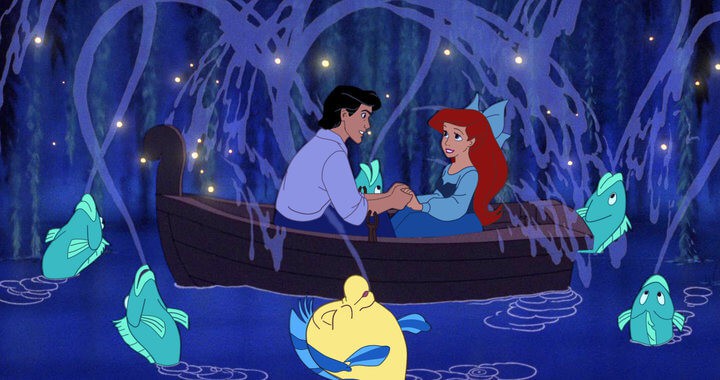 All Jodi Benson wanted was “The Little Mermaid” to be a part of your world, but looking back at the 30 years since the film’s premiere, the movie has experienced a few natural disasters due to critics calling the film sexist and anti-family. In a recent interview with Huffington Post, Benson discussed these claims and her feelings of the film overall.

Just last year, Huffington Post reported that celebrities such as Keira Knightly and Mindy Kaling called out the classic animated film for its song “Kiss the Girl,” which they believed to have propagated the idea that giving up your voice for a man is a reasonable life decision. Similar to films before it, “The Little Mermaid” has had difficulties relating to our society’s current cultural climate, which has caused parents to be reluctant to show it to their children.

Benson, celebrating the 30th anniversary of the film with a Blu-ray re-release this month, spoke to Huffington Post about the state society was in during the release of the movie and where it is now. “The previous princess for me [was 1959′s ‘Sleeping Beauty’], so to jump from ‘Sleeping Beauty’ to Ariel, you have a very large jump…I think when you look back at 1989, [Ariel’s] tenacity, her motivation, her determination, her strength, her stubbornness ― she has a little bit of an edge to her — that’s quite a big jump coming from ‘Sleeping Beauty.’ But it’s not 2019 in 1989,” she said. “You kind of have to take every decade or every period of time in relation to where you are. When we’re talking about the Me Too movement, which is incredible, and I’m a huge supporter of that, it’s different than if we go back to 1989. I’m not saying that’s good or bad, but it is different.”

In the interview with Huffington Post, Benson also spoke on the celebrities who don’t allow their children to watch “The Little Mermaid” today, whom she “totally” respects the opinions of. However, Benson did make the comparison of not allowing their children to see the film being similar to how the Southern Baptist Convention boycotted Disney.

Conservative Christian groups launched a boycott of Disney in the 1990s for what they claimed was anti-family messaging. Huffington Post reports that “The Little Mermaid” was singled out for a phallus-like image on the cover of the VHS tape (which Disney claims was unintentional) and an infamous scene in which a bishop appears to be aroused at the “Little Mermaid” wedding. It was found by the animator of this scene that the object in question is actually the knees of the bishop, which you can see in other shots in the movie. The boycott did come to an end in 2005.

Later, Benson goes on to say that the issue “doesn’t really make a whole lot of sense” to her, but she believes every parent has the right to do what they feel is best for their child. “I’m all for where we are now, believe me. But when I get a lot of flak about that, I just say, ‘Hey, please don’t worry. You don’t need to watch the movie. It’s OK.’”

In the interview, Benson also discussed her standing on social media, where from time to time she says she gets “bashed.” In regard to the reasoning for the bashing, Benson went on to say, “It’s always something. Again, you just have to roll with the punches. You’ve got to take it with a grain of salt. Everybody has their opinion. Let’s face it…this is what we’re dealing with, with the cyberbully age. This is what we’re dealing with, with the bashing age. I’m called names all the time. I just got a death threat the other night.”

Even though Benson experienced quite the amount of drama over the years from being a part of the film, in the interview, she did share some positive takeaways from it. “I’m very proud of the film. I’m very proud of the character. I’m proud of the fact that our movie has touched…generations of children, and it’s made an impact, and somehow, some way, it has a piece of their story and their heart. What I love to do as I travel around the world and meet anywhere from 50,000 to 100,000 people at a convention over the weekend, I want to hear their story. They like to tell me where they were the first time they saw it, what they were wearing, who they were with. They might break down and cry. They might just want to share the memory of, “It was my grandfather and I, we used to watch that movie together…” I’m so grateful to kind of leave that legacy ― that it’s mattered and it’s made a difference in people’s lives.”

To read the full interview, be sure to head over to Huffington Post, where Benson discusses her recent work on “Ralph Breaks the Internet” and even more hot-button topics related to the film.

What are your favorite memories from “The Little Mermaid?” Let us know in the comments below!