Set sail, Disney Vacation Club! It’s time to board another members-only Disney Cruise, and this time you’ll be heading to the West Coast.

That’s right. The first-ever West Coast Disney Vacation Club members-only cruise will take place this May with an extra special theme. From May 15 through 20, Disney Vacation Club members will set sail on a Disney Cruise Line voyage on the West Coast of the United States. The best part? This cruise will celebrate the life and legacy of Walt Disney.

This West Coast Disney Vacation Club cruise has an exclusive entertainment lineup called the Walt Disney Signature Series. This collection of shows invites DVC members to walk in Walt’s footsteps through the original Happiest Place on Earth, Disneyland! Guests will get an inside look at the Disney family’s commitment to preserving Walt Disney’s story, join Walt on his global travels, and even step inside the kitchen of a chef who got his start at Disneyland when Walt was still alive. 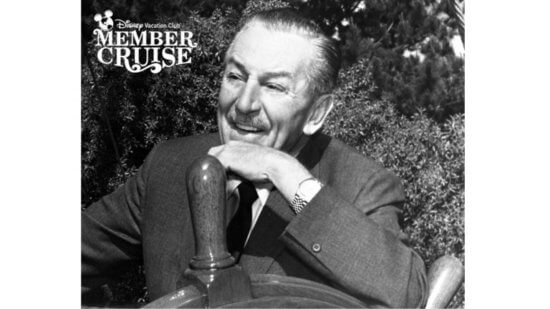 In addition, other shows in the Walt Disney Signature Series will honor Walt Disney’s belief that we should “keep moving forward.” One show will feature an artist and animator (still a part of the company today) who got his start when Walt still ran the Walt Disney Animation Studios. Guests will also be able to view presentations and take part in experiences that celebrate everything new and up-and-coming in Disney filmed entertainment, music, and so much more. The entertainment lineup is subject to change up until the cruise sets sail on May 15, but no matter what’s in store, you’re sure to have a blast.

This cruise honoring Walt Disney is perfect for the Disney fan and history buff in all of us. Everyone in your family will be able to enjoy the one-of-a-kind entertainment, dining, and leisure aboard Disney Cruise Line.

This is the very first ever members-only cruise from the Golden State of California and it sailes from May 15-20. This cruise is aboard the Disney Wonder and sets sail from San Diego, stops in San Francisco, and ends in Vancouver, BC.  There are only a small percentage of staterooms still available aboard this DVC-only cruise in May, so call Member Services at (800) 800-9800 to book. You can read more about this cruise here.

Have you ever booked a DVC members-only cruise or other exclusive DVC vacations? Share your experiences with us!