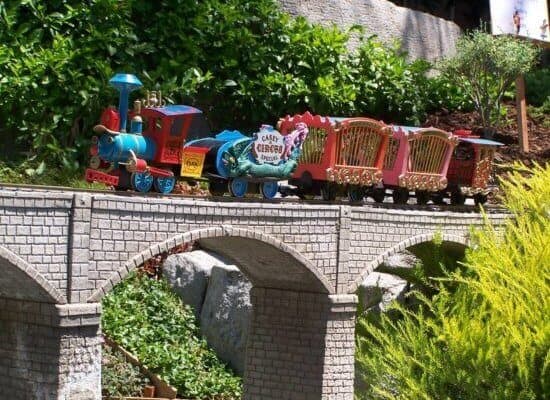 In the shadow of Walt Disney’s original theme park, a miniature miracle of magic known as the Castle Peak and Thunder Railroad replaces one family’s backyard. This is no ordinary train set; pint-sized versions of iconic attractions peppered with tiny characters season the landscape.

Many of the attractions of Disneyland have their origins in Walt Disney movies, and it should not be a surprise to find 50 different Walt Disney animated films represented at the sprawling small gauge train display. Characters, scenes, and posters from these cartoon classics add to the enchantment of this private collection.

The comfortable California climate encourages many homeowners to build a swimming pool behind their homes. However, in 1999, Anaheim architect David Sheegog transformed his backyard into his own personal Fantasyland. Castle Peak and Thunder Railroad combined complex train tracks (and their corresponding trains) with familiar facades of Disneyland in a garden setting. 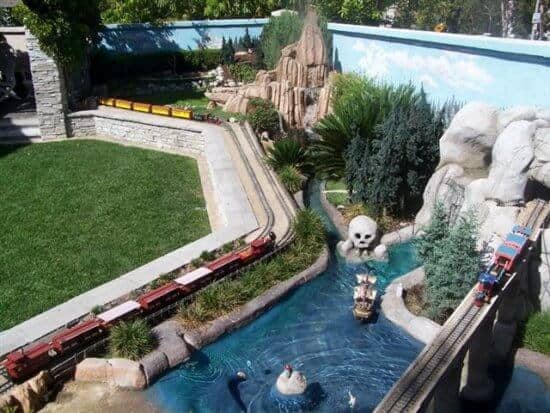 Walt Disney was a railroad enthusiast. Tribute to his passion pervades the small-scale scenery. Display creator Dave can even be seen peering out of one of the locomotives as it zooms around the tracks. Several of the locomotives which served Disneyland star in this backyard showcase. 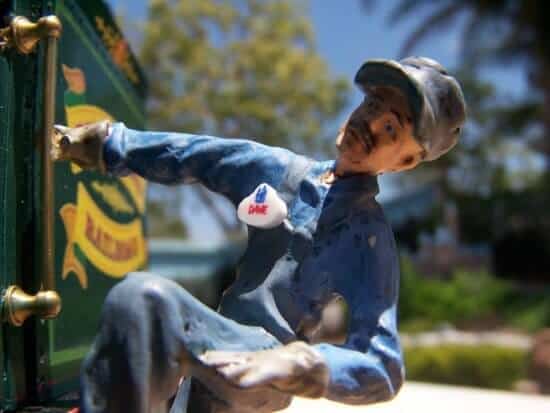 Disney classics like Casey Jr. travel the rails at Castle Peak and Thunder Railroad. The colorful circus train circumnavigates the backyard garden, gliding past waterfalls and across wooden bridges. Mickey and Minnie Mouse can be seen enjoying the ride. 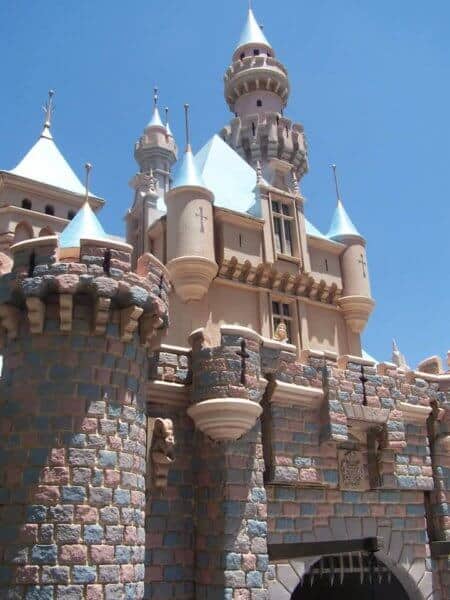 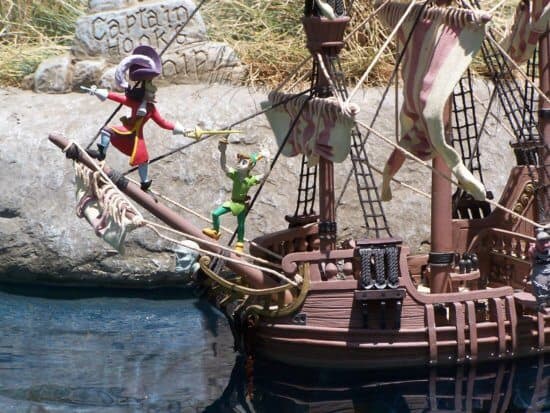 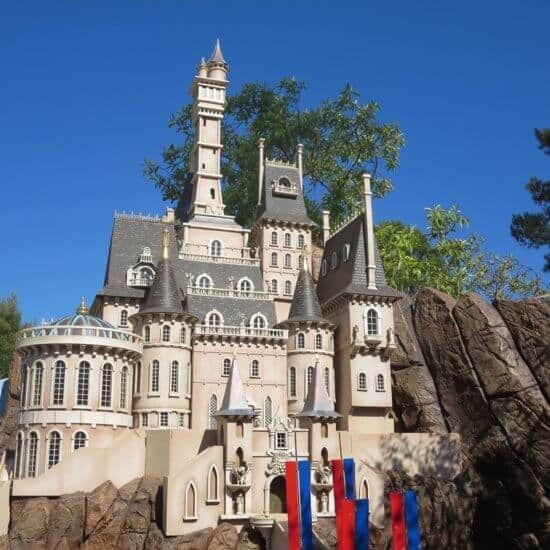 This impressive creation not only fills David Sheegog’s backyard, but the character and poster dotted track extends past the display to “pick-up” passengers at the remote Anaheim Resort bus stop. Castle Peak and Thunder Railroad are occasionally open to the public. To enjoy a firsthand experience of this stunning feat of at home Imagineering, keep an eye on their website and Facebook page for open house details and updates to the scenery. 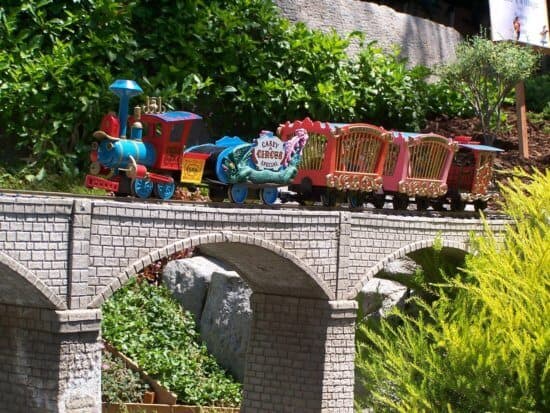 How many different Disney Characters did you spot in the videos above?