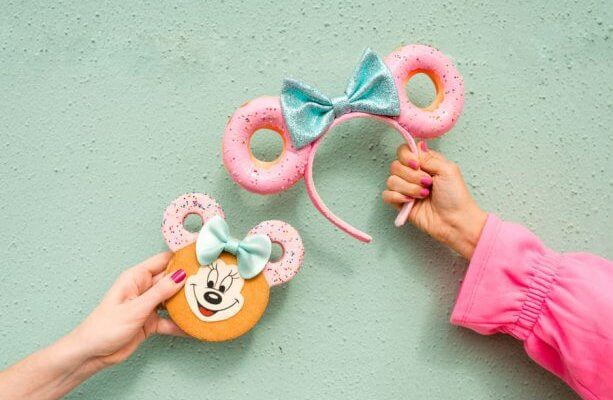 On Thursday, January 31, 2019, from 7:00 AM – 9:00 AM, you’ll be able to visit Disney’s Hollywood Studios before the park opens to pick up the adorable new Minnie Donut Ears. The headband is part of the new Disney D-Lish merchandise collection, which is inspired by fan-favorite treats from around the parks.

The new headband features two pink donut ears with sprinkles and a turquoise bow, creating a super sweet twist on the classic Minnie Mouse Ears Headband. During the event, you can also purchase a Passholder-exclusive Minnie cookie to match your new ears.

Registration is not required, but you will need to present a valid annual pass and photo ID at check-in. Your 20% Passholder discount can be applied to purchases. Merchandise is available while supplies last, so be sure to arrive early for your best chance at scoring these trendy new ears.

Walt Disney World has hosted several V.I.PASSHOLDER events recently in place of the monthly Super Saturday events. On January 26, Passholders received first access to the new Disney Parks Artists Series collection featuring t-shirts with unique Mickey Mouse and Disney theme park designs. More exclusive pop-up shopping experiences will be announced throughout the year, so if you’re interested in early access to new Disney Parks merchandise, this may be a good time to become an Annual Passholder.