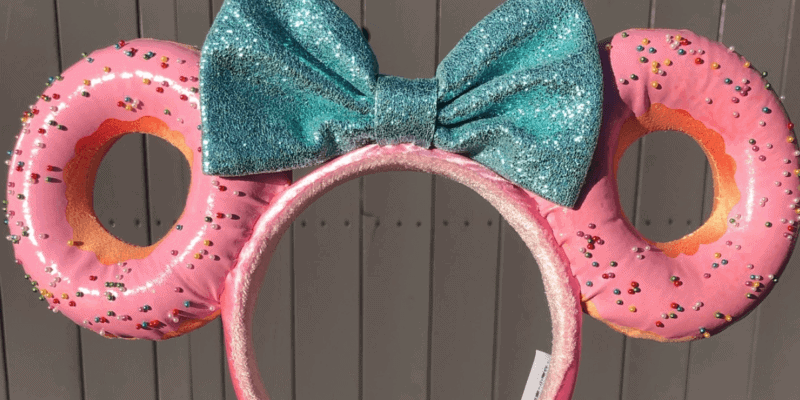 The newest Minnie Mouse Ear obsession, that may make you a little hungry, are these new Minnie Mouse Donut Ears, which just premiered at Disneyland Resort.

Below is a close up of the new ears from Instagram user @heysodapop.

According to Delish.com, these tasty new Minnie Mouse Ears can be found at the Emporium on Main Street U.S.A. in Disneyland for $27.99. Be sure to get your pair quick, as history tells us with most new Minnie Mouse Ear releases, they’ll sell out fast!

And according to Disney Style, these new Minnie Mouse Donut Ears will also be available soon at Walt Disney World. It’s not yet known if they’ll make their way to shopDisney.

OBSESSED with @maiamitchell & @cierraramirez wearing the newest style must-have ?? this beauty will soon be back at @disneyland and will also be arriving soon at @waltdisneyworld! p.s. don’t forget to catch this duo on @freeform’s @goodtrouble on tuesdays at 8/7c ?

Another pair of Minnie Mouse Ears we can’t get enough of that just recently debuted at the Disney Parks are the Potion Purple Minnie Ears, which are now available at Disney Springs and Downtown Disney.

The Minnie ears feature a purple and blue iridescent padded bow on a sparkly purple sequined ears headband and were first seen on Sarah Hyland and Jordan Fisher during the filming of “The Wonderful World of Disney: Magical Holiday Celebration,” which aired on ABC in November of last year.

Are you going to grab a pair of these new Minnie Mouse Donut Ears at Disney Parks? If so, let us know in the comments below!