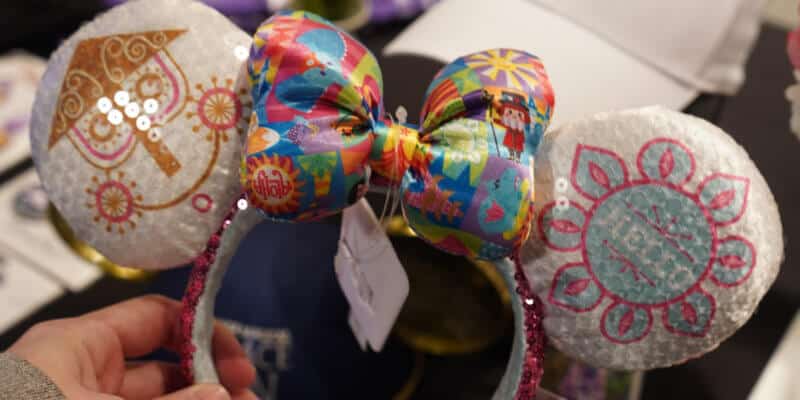 Spread an anthem of world peace with these new it’s a small world Minnie Mouse Ears, themed after one of the Disney Parks’ most beloved and classic attractions, famous for uniting different cultures from around the world.

Any true Disney fan knows the magic of the it’s a small world attraction, which celebrates the many different types of people from all over the world. And soon, guests to the Disney Parks will be able to celebrate this iconic attraction with these new ears! 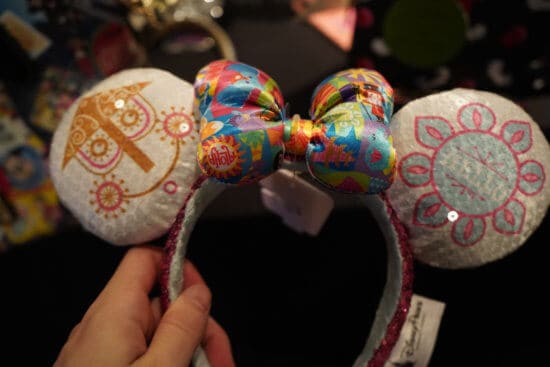 The ears feature coloring similar to that of the iconic attraction with white, baby blue, pink and yellow accents. The headband features a pink sequin finish with padded ears featuring the ride’s famous “Glockenspiel,” the wacky cuckoo clock with a smiling face, on the left ear and the “Hello” sign from the attraction on the other. 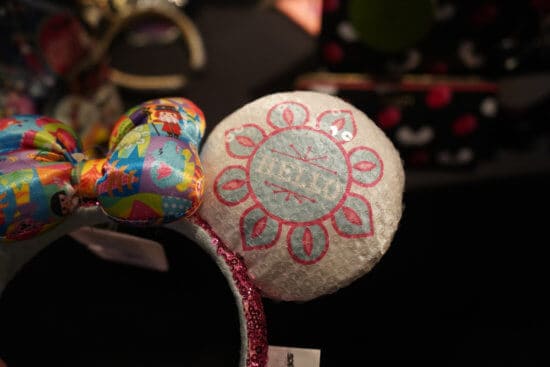 If you flip the ears over, you can still see Glockenspiel on the reverse side, but you can also find the “Good Bye” sign from the attraction on the opposite ear. 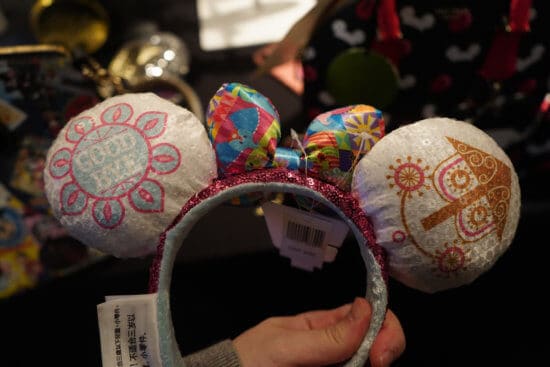 To top off these adorable new ears, they feature a small bow with screen art of the different ride elements found around the different countries of the attraction. 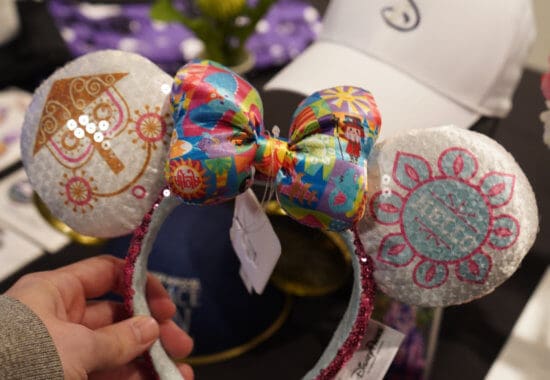 Disney did not release details of when these new ears will become available at the Disney Parks, but our understanding is that it should be sometime in the next few months. Hopefully, when the ears finally make their debut they will also become available on shopDisney.

Recently, we saw the release of the new Figment Minnie Mouse Ears at Walt Disney World’s Epcot, which pay homage to the park’s unofficial mascot. 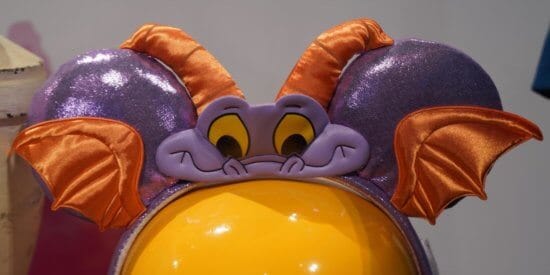 The new ears made their premiere just in time for the release of new Epcot International Festival of the Arts 2019 merchandise.

The Figment-inspired ears feature Figment’s iconic orange wings and horns, constructed in a soft satin material. The headband also features two padded ears in the dragon’s signature purple with a shimmery finish and Figment’s face, which adorably sits atop the headband.

What are your thoughts on these new it’s a small world Minnie Mouse Ears? Let us know in the comments below!