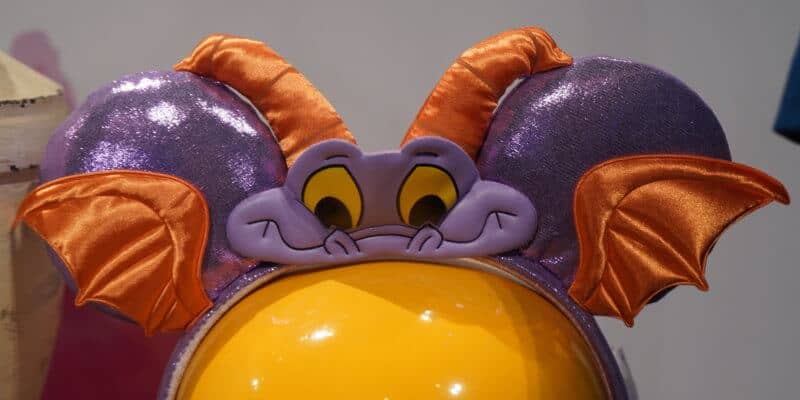 The perfect nod to Epcot’s unofficial mascot, these new ears feature Figment’s iconic orange wings and horns, constructed in a soft satin material. The headband also features two padded ears in the dragon’s signature purple with a shimmery finish and Figment’s face, which adorably sits atop the headband.

Below is a close up of the new ears:

The new ears are now available at Gateway Gifts at Epcot, which is located under the Spaceship Earth attraction. The ears currently run for $27.99, similar in price to most other Minnie Mouse Ears found around the Walt Disney World parks.

Another new pair of Minnie Mouse Ears that recently caught our eye is the Minnie Mouse Donut Ears, which just premiered at Disneyland Resort last week.

Below is a close up of the new ears from Instagram user @heysodapop.

According to Delish.com, these tasty new Minnie Mouse Ears can be found at the Emporium on Main Street U.S.A. in Disneyland for $27.99.

OBSESSED with @maiamitchell & @cierraramirez wearing the newest style must-have ?? this beauty will soon be back at @disneyland and will also be arriving soon at @waltdisneyworld! p.s. don’t forget to catch this duo on @freeform’s @goodtrouble on tuesdays at 8/7c ?

Are you going to get a pair of these adorable Figment Minnie Mouse Ears? Let us know in the comments below!