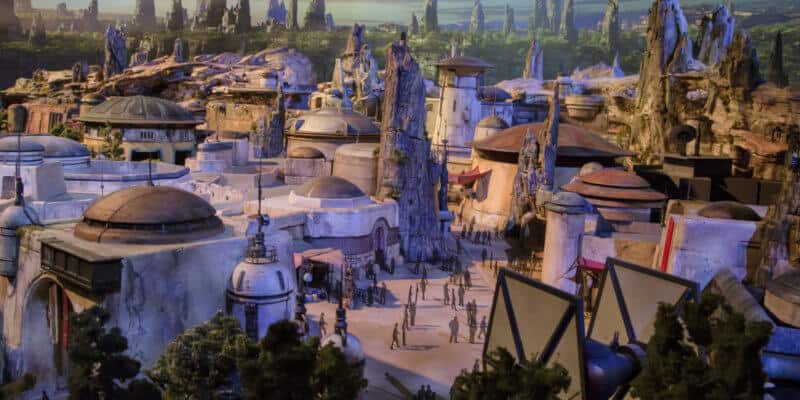 Heads up, “Star Wars” fans! You can travel to a galaxy far, far away sooner than you think. Bob Iger, Chairman and Chief Executive Officer of The Walt Disney Company, just hinted at an opening date for Star Wars: Galaxy’s Edge at Disneyland, and we can’t wait to know more.

In a recent interview with Barron’s, Iger spoke with the news outlet about a variety of topics pertaining to The Walt Disney Company, ranging from Disney+ to the Disney theme parks. While a lot stuck out from the interview, one specific bit of information we couldn’t help but notice was of a possible opening month for the Star Wars: Galaxy’s Edge on the west coast.

Barron’s: Do you still feel like you can bring more people through the parks, or is it more about growing ticket prices?

Iger: In some, you get more repeat visitation and increased length of stay because there’s more to do. You get more capacity. When Star Wars opens in Anaheim in June and in Florida later in the year, that’s adding capacity. You’re adding 14 acres of land [each], more rides, and more things for people to do. It’s the biggest land we’ve ever built. We’re just getting higher demand on our product spread throughout the year. That gives you pricing leverage. But what we’re also trying to do is be much smarter about pricing strategy, to try to spread attendance and reduce attendance in the peak periods so we can improve guest satisfaction. Crowding is an issue.

Disney has yet to officially announce the opening date (let alone the opening month) for Star Wars: Galaxy’s Edge at Disneyland and Disney’s Hollywood Studios, but Iger didn’t refrain from giving “Star Wars” fans some information they’ve been hoping for ever since plans to construct the “Star Wars”-themed land were originally revealed.

What do you think of Iger’s hint at a June opening date for Star Wars: Galaxy’s Edge at Disneyland?