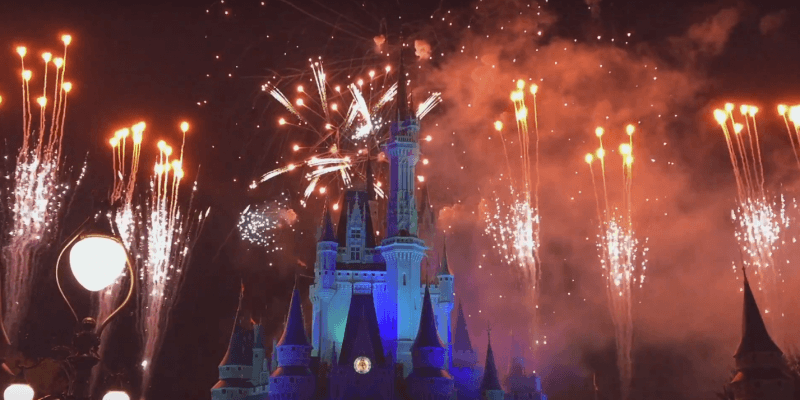 This year, Magic Kingdom at Walt Disney World Resort is offering guests the opportunity to view a live stream of the New Year’s Eve fireworks display, so you don’t have to brave the holiday crowds to bring some pixie dust home this New Year. Tune in to the Disney Parks official YouTube channel starting at 11:45 PM ET on December 31 to watch the live stream in the comfort and coziness of your own holiday home.

This live stream is the perfect dust of Disney cheer for everyone who can’t make the trip to the Disney Parks this New Year’s Eve. But if you are planning to be at Disney to ring in the new year, you’re in luck! There are plenty of awesome show and dining options to fit every budget, age group, and interest.

If you’d like to know the best places to get a celebratory meal, check out our guide to all of the dining options on New Year’s Eve at Disneyland Resort and Walt Disney World Resort. If you’re wanting a fantastic theme park to celebrate the New Year, try visiting Disneyland, Disney California Adventure, Magic Kingdom, or Epcot. For a fireworks view outside the theme parks but on Disney property, there are options for you, as well. Try watching from the beaches of the Polynesian Village Resort at Walt Disney World or Downtown Disney at Disneyland.

Whether you stay home or you’re on vacation, you can ring in the new year the Disney way.

Are you planning on watching the Disney Parks Live New Year’s Eve Fireworks this year? Let us know your Disney New Year’s plans below!