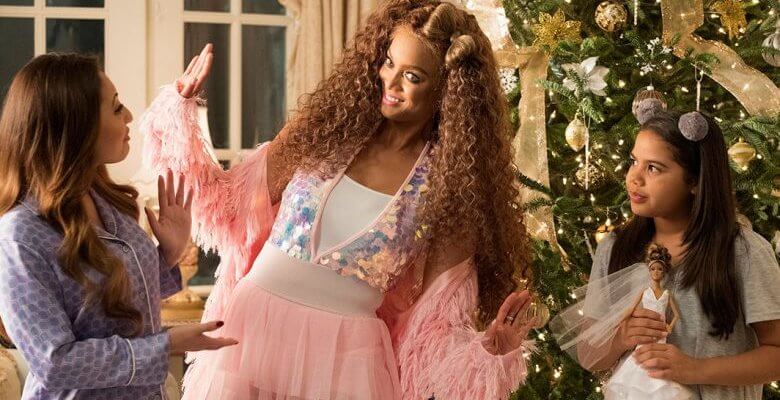 Shine bright, shine far! The new trailer for “Life Size 2” just released, and we’re more excited than ever for this highly anticipated sequel. The film, starring Tyra Banks and Francia Raisa, is a sequel of the made-for-TV movie “Life Size,” which premiered in 2000 and starred Banks and Lindsay Lohan.

In the upcoming film, Raisia stars as Grace Manning, a 20-something CEO of Marathon Toys, a company started by Manning’s mother and famous for manufacturing the iconic Eve doll, whom we know from the film’s predecessor. When Grace begins to experience a quarter-life crisis and feels overwhelmed by her CEO responsibilities, Grace’s childhood Eve doll magically comes to life, helping her feel like the empowered, confident woman and leader she can be. The new film trailer gives us all the feels of a Disney Channel Original Movie with a modern twist. From what we can tell, it is the perfect movie for old fans who are now in Grace’s shoes of feeling lost in adulthood, but it has the power to garner new fans, too, with the charming and imaginative concept of childhood toys coming alive to help us grow.

While the new film is a long overdue sequel, the new trailer still gives a nod to the original story. The original film “Life Size” premiered on ABC‘s “The Wonderful World of Disney” 18 years ago and was showed frequently as part of the Disney Channel Original Movie lineup. The film follows a middle-school girl (Lohan) named Casey as she navigates her relationship with her father after her mother’s passing. Banks portrays Eve, a Barbie-esque doll who comes to life. While Eve helps Casey mend her relationship with her father and become more confident in who she is, Casey helps Eve learn how to be a good role model to young girls.

“Life Size 2” premieres on Freeform on December 2 as part of the annual “25 Days of Christmas” holiday programming.

What do you think of this new sequel to an old made-for-TV Disney favorite?