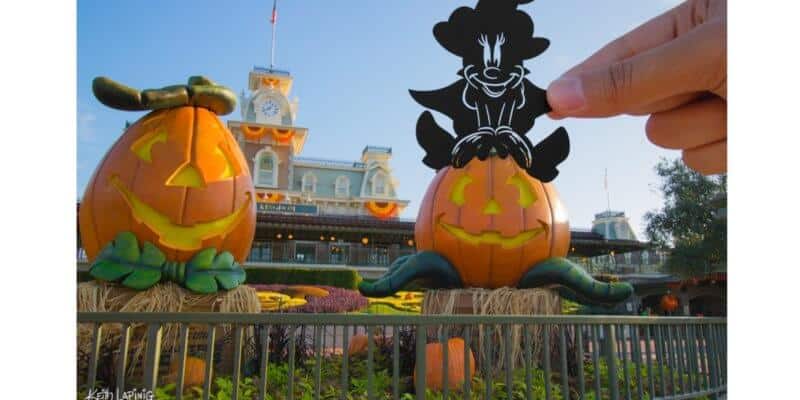 The fall at Magic Kingdom is always full of fall-themed wreaths, massive pumpkins, scarecrows, and other spooky elements to celebrate the ghoulish Halloween season. And this year, Lapinig drew inspiration from these seasonal decorations for his newest series of art.

Lapinig’s series begins at Magic Kingdom’s Main Entrance, where he placed Minnie Mouse on top of a pumpkin. This marks only the beginning of some frightful scenes found around the rest of the park. 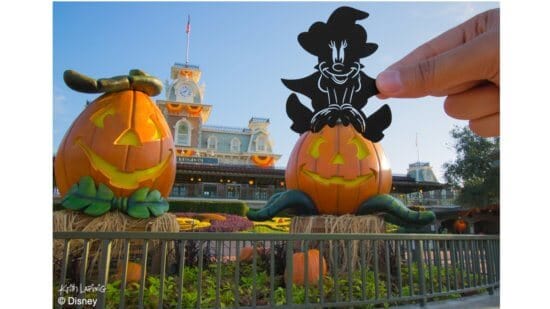 Over on Main Street U.S.A., Lapinig drew a great deal of inspiration, including Lock, Shock, and Barrel from Tim Burton’s “The Nightmare Before Christmas.” The trio is featured in the picture series having some fun in front of one of Main Street U.S.A.’s scarecrows.

“They’re my favorite trick-or-treating characters,” Keith said. “So I placed them getting ready to go around all of the Magic Kingdom hoping to fill up their entire bathtub with candies.” 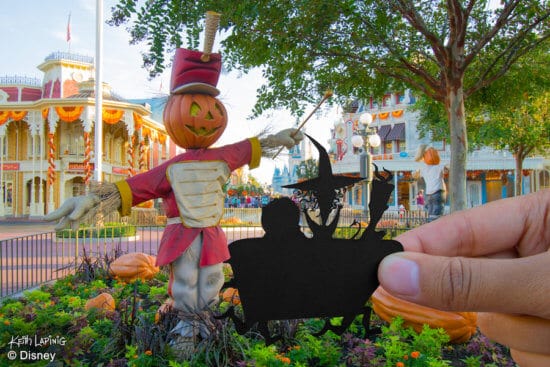 At the massive pumpkins located at the beginning of Main Street U.S.A., Orange Bird can be seen helping decorate for the change of season.

“For Orange Bird, I was inspired by the new Sorcerers of the Magic Kingdom card given out only at Mickey’s Not-So-Scary Halloween Party, so I placed the Orange Bird helping with decorating Main Street for Halloween,” said Keith. 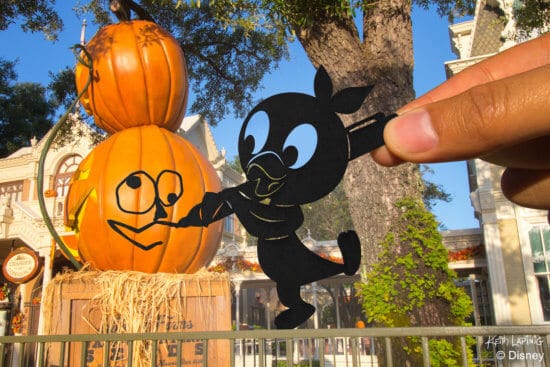 Yzma, the villainess from “The Emperor’s New Groove” can also be found on Main Street U.S.A., helping decorate for the season. Pictured below, Yzma adjusts a fall wreath. 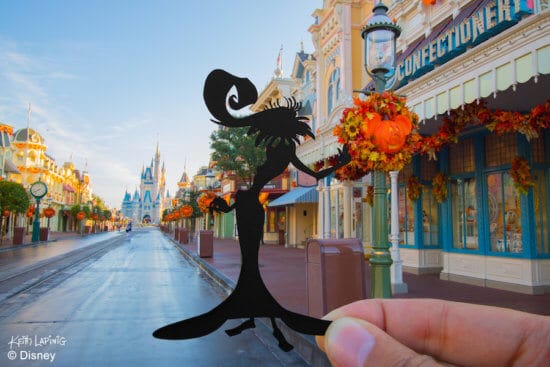 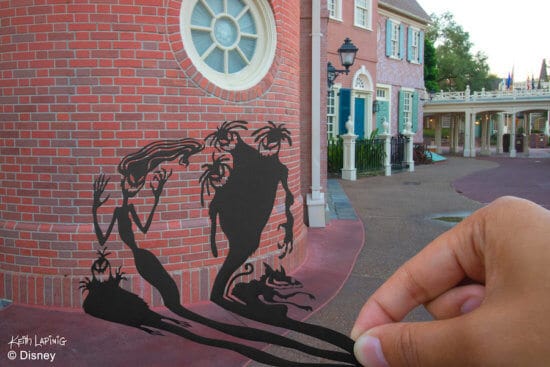 In front of Cinderella Castle, Keith was inspired by the sunset, which he pictured marking the takeover of Mickey’s Not-So-Scary Halloween Party by characters from Tim Burton’s “The Nightmare before Christmas.” 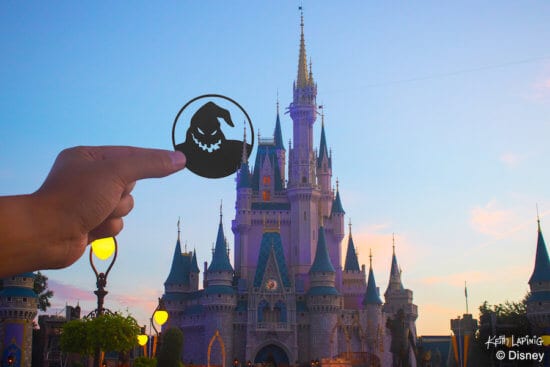 “Oogie Boogie watches over the Magic Kingdom and waits patiently for the sun to set so he may come out and play during Mickey’s Not So Scary Halloween Party,” said Keith.

Of course, if you’re going to include characters from Tim Burton’s “The Nightmare Before Christmas,” you can’t leave out Jack Skellington, who can be seen standing in a fountain in the hub of Magic Kingdom. 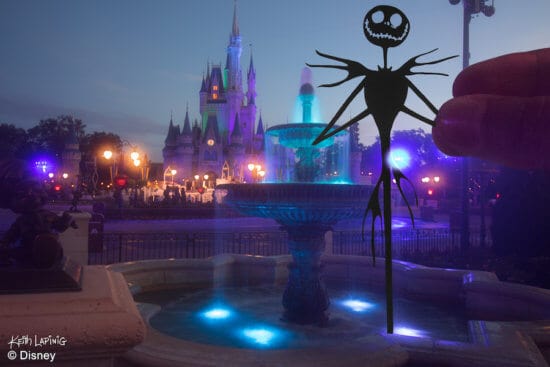 “The fountains in the hub serve as the ideal grand entrance for the Pumpkin King himself for any Halloween festivities, so I had a lot of fun putting this together when there was no sun out,” said Keith.