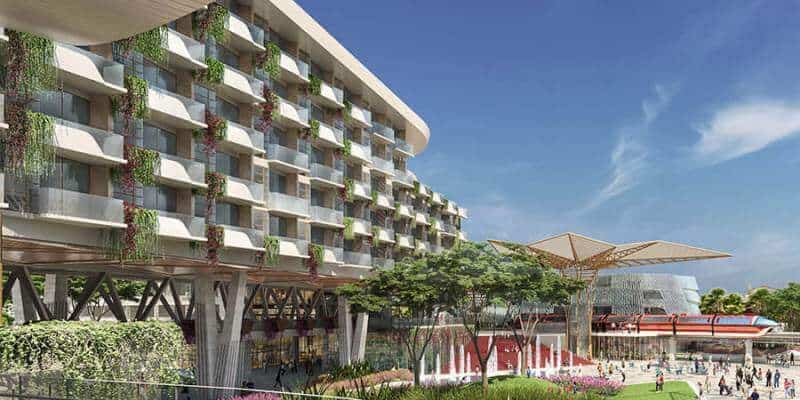 According to the OC Register, Disney spokeswoman Lisa Haines stated, “We’ve taken the time to review the economics of our proposed four-diamond hotel for Anaheim and have made the final decision to cancel the project.”

The company announced the plan to open a luxury resort on the west end of Downtown Disney in fall 2017, prompting the closure of businesses in the area including ESPN Zone, Rainforest Café, Starbucks West, and Earl of Sandwich, the latter of which has recently reopened. However, plans for the proposed hotel’s construction have been unclear since this past August, when the relationship between Disney and the city of Anaheim was on the rocks.

Anaheim approved the end of a $267 million tax subsidy promised to Disneyland Resort upon completion of the proposed luxury hotel. The subsidy was revoked due to the hotel’s proposed location changing. Though the hotel was originally proposed to be constructed in the Downtown Disney parking lot, the plans later changed so that the hotel could take over the West end of Downtown Disney, bringing about the closure of that area’s restaurants and businesses. This tax break would have granted Disneyland Resort 70% of the residency taxes collected from guests at the hotel in exchange for creating jobs and bringing tourists to Anaheim.

“While this is disappointing for many, the conditions and agreements that stimulated this investment in Anaheim no longer exist and we must, therefore, adjust our long-term investment strategy,” Haines stated.

Now, the west end of Downtown Disney will focus on entertainment and dining, as it was previously. Though we are hopeful that this will include the permanence of Earl of Sandwich, no immediate details regarding that location or any other businesses were available. Currently, food trucks and live music entertain guests on the west end to alleviate the emptiness of the area.

Anaheim spokesperson Mike Lyster stated, “We would have loved to have seen this hotel go forward, but we understand that the company needed to evaluate whether it was feasible for them. We look forward to whatever they may end up doing with the space.”