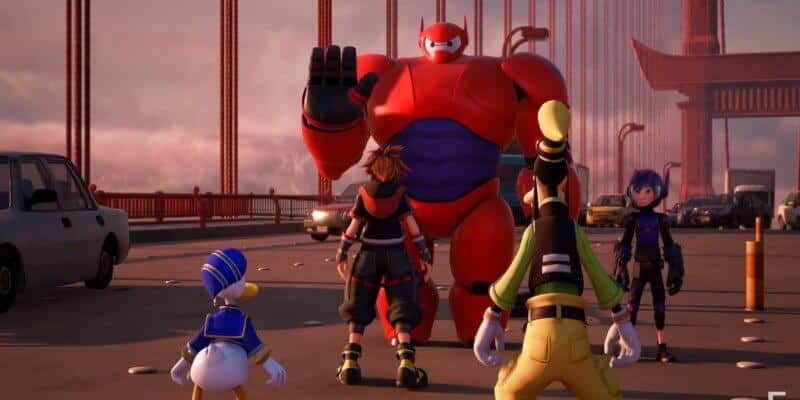 The “Kingdom Hearts” series– Disney’s collaboration with video game developer and publisher Square Enix– has proven fruitful and popular over its sixteeen-year existence. And with the highly anticipated sequel “Kingdom Hearts III” on the way early next year, excitement levels have never been higher for the future of this beloved mash-up franchise.

This morning Square Enix revealed a new trailer for “Kingdom Hearts III” (entirely in Japanese language, but subtitled in English) featuring one of the latest additions to the game: the futuristic world of San Fransokyo from Disney’s animated feature “Big Hero 6” and the Marvel Comics that inspired it. And of course, what would San Fransokyo be without that lovable, inflatable healthcare robot Baymax?

Square Enix’s “Kingdom Hearts III” is currently scheduled for a worldwide release of January 29, 2019, though it will hit retailers four days earlier in Japan.