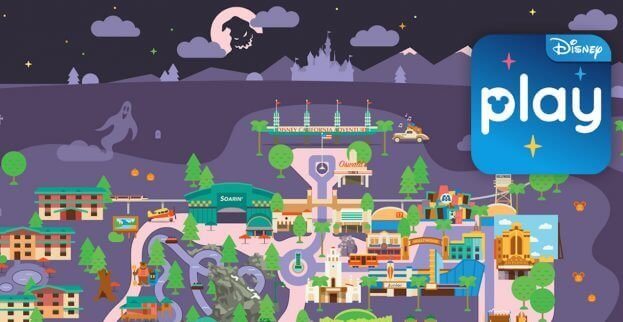 For a limited time during the Halloween season, you can expect some spooky new fun when using the Play Disney Parks app at Disneyland Resort and Walt Disney World.

From now through October 31, specially themed game boards, music playlists, and new Halloween achievements are available in the app. For example, take a close look at the Disneyland Resort and Disney California Adventure park maps to spot Jack Skellington, Zero, and Oogie Boogie from Tim Burton’s “The Nightmare Before Christmas.” These seasonal park maps are available to download as wallpapers for your desktop or mobile device here.

The Play Disney Parks app, which offers interactive in-park experiences in addition to these limited-time Halloween treats, is available to download from the App Store or Google Play. The app is free to use, but message, data, and roaming rates may apply depending on your carrier.