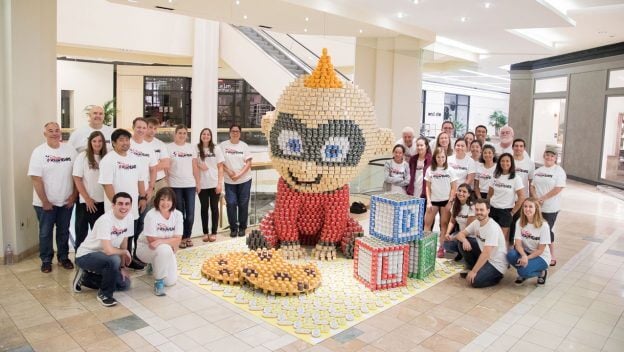 The massive Jack-Jack, modeled after the youngest superhero from Disney-Pixar’s “Incredibles 2,” was designed by Disney VoluntEARS over a six-month period. Then, overnight on August 31, the Disneyland Resort Design & Engineering team constructed the character using cans of food. Following a display at South Coast Plaza in Costa Mesa, California, throughout the month of September, the food will be donated to Orange County Food Bank.

CANstruction Orange County invites local architectural, engineering, planning, design firms, and students to create structures built entirely from canned goods as a unique way to give back to the community. In addition to the display at South Coast Plaza, structures are also displayed at John Wayne Airport and ARTIC.

Fans can vote for their favorite structure online for $1 per vote, with proceeds supporting the Orange County Food Bank. To cast your vote, visit the CANstruction Orange County website here.

Over the past 11 years, Disneyland Resort has provided Orange County Food Bank with over 69,000 meals through the competition. Past structures have included designs inspired by Flounder from “The Little Mermaid,” Sadness from “Inside Out,” Fantasmic!, and Dumbo. 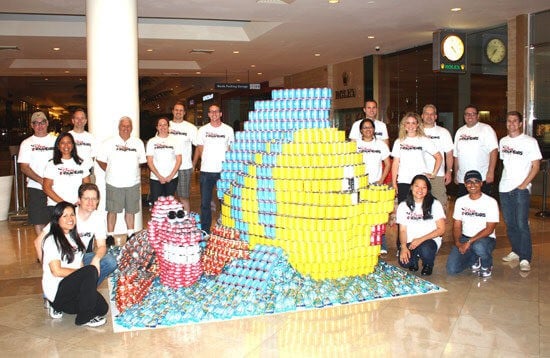 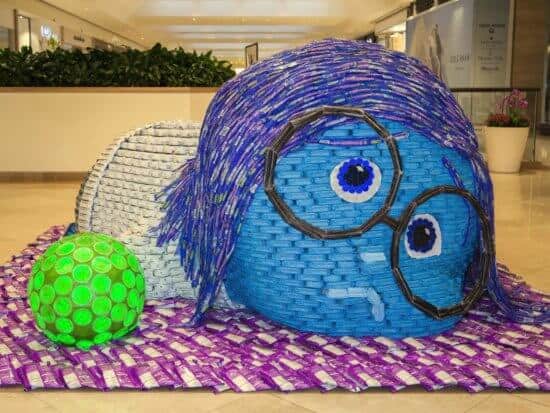 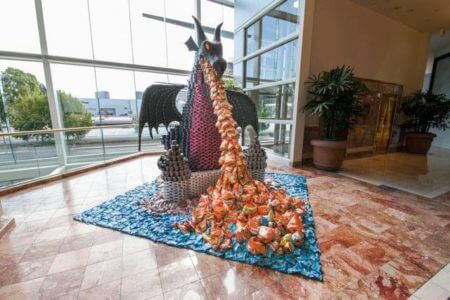 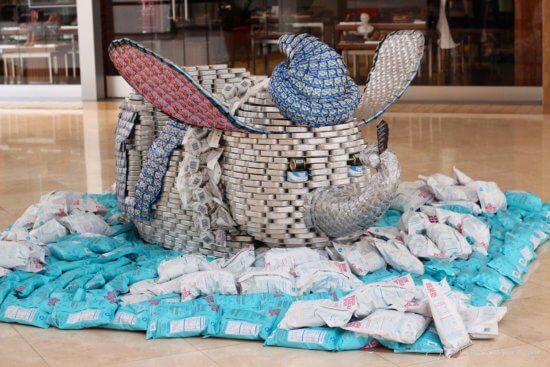 “Could we just donate a huge pile of cans? Sure. But doing it this way – it increases public awareness. It shows people how big the need really is, and hopefully, we can make a bigger difference than just the cans we donate,” said Disneyland Resort Staff Engineer Tim Angers.

For more information on Orange County Food Bank, head over to their website.