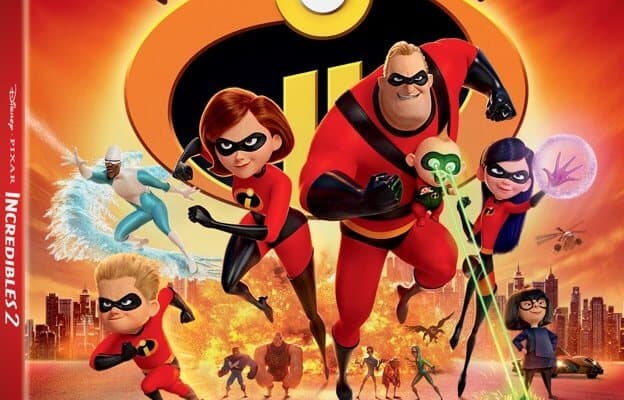 Disney-Pixar‘s “Incredibles 2” home release dates have been revealed, with the hit superhero sequel arriving digitally in October and on Blu-ray and DVD in November.

“Incredibles 2,” the long-awaited follow-up to “The Incredibles” (2004), was a big hit at the box office. The movie recently became the highest-grossing animated film ever in the United States and it has earned over $1 billion globally. Now, fans can enjoy the movie at home digitally in HD and 4K Ultra HD and on Movies Anywhere on October 23. The movie arrives on Blu-ray 4K Ultra HD, Blu-ray, DVD, and On-Demand on November 6.

To celebrate the release, the studio shared one of the most memorable scenes from the movie: little Jack-Jack using his newly realized superpowers against a raccoon. Take a look in the video below.

Bonus features include the following and may vary by retailer: