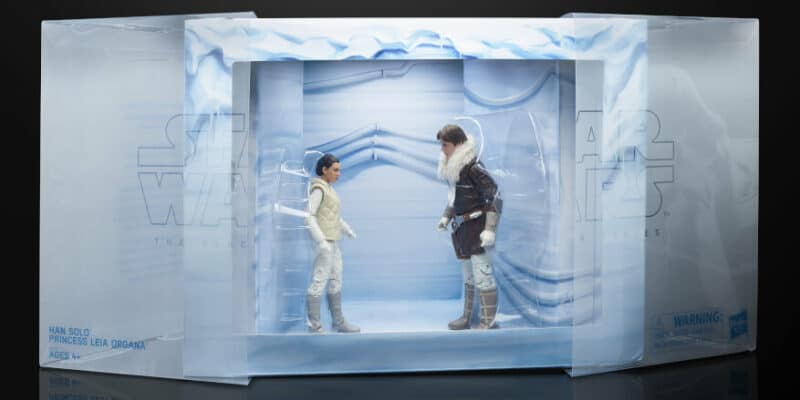 For years now, the popular toy company Hasbro has been stumping its fans and collectors by releasing convention exclusives at various events around the United States. And now, Hasbro has extended its reach by announcing its first international convention exclusive, to be available in limited quantities in the United Kingdom and across Europe before arriving on American shores.

This Star Wars: The Black Series Han Solo and Princess Leia Organa boxed set contains two action figures depicting these famous characters from the original “Star Wars” trilogy (played by Harrison Ford and Carrie Fisher) as they appeared in the opening scenes of Episode V: “The Empire Strikes Back.” 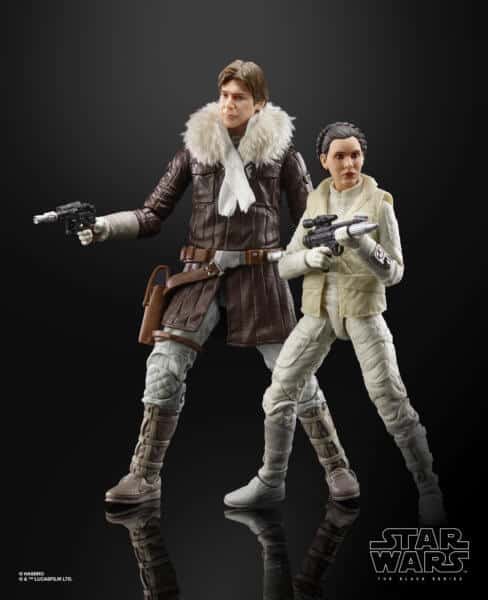 Kids and fans alike can imagine the biggest battles and missions in the STAR WARS saga with new, 6-inch scale figures from THE BLACK SERIES! With exquisite features and decoration, this series embodies the quality and realism that STAR WARS devotees love. These HAN SOLO and PRINCESS LEIA ORGANA figures are carefully detailed to look like the characters from STAR WARS: THE EMPIRE STRIKES BACK, featuring premium detail and multiple points of articulation. Includes two 6-inch figures and four accessories. Limited quantities of this item will be available at other select conventions and may be available at select online retailers after the convention in the relevant market (including HasbroToyShop.com where available). Good while supplies last.

This set has been recommended for ages four and up by Hasbro, with a retail price of $49.99. The Hoth Han Solo figure has previously been available packaged with a Tauntaun, and the Hoth Princess Leia figure will soon arrive in her own individual release as well, but this set includes such attractive ice-cavern packaging it will be difficult for fans to pass it up. 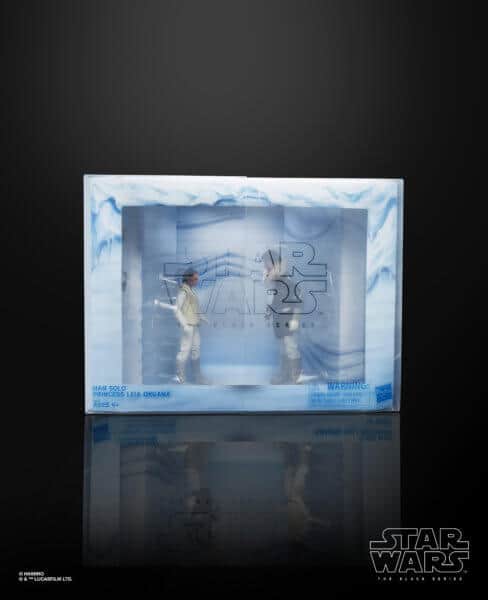 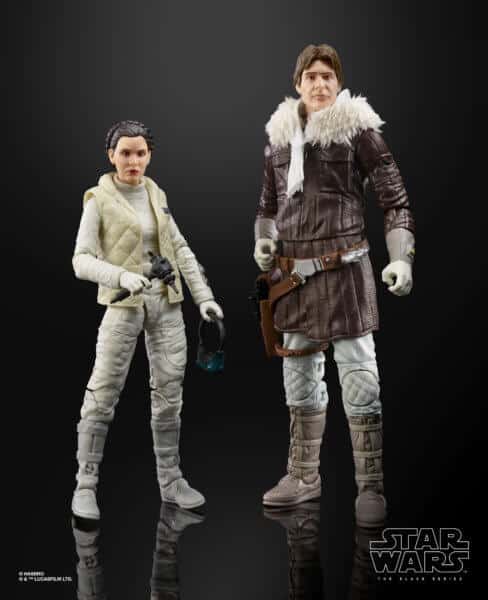