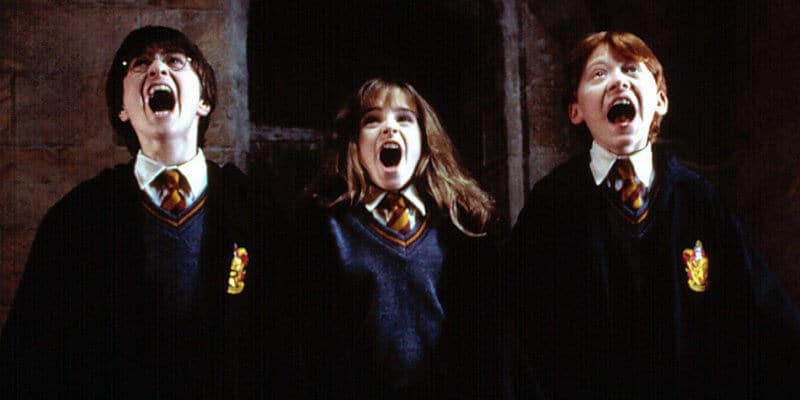 From August 31 – September 6, “Harry Potter” fans can once again see the movies up on the big screen during Cinemark’s Wizarding World XD Week Festival.

To celebrate the 20th anniversary of “Harry Potter and the Sorcerer’s Stone,” the world’s first introduction to The Boy Who Lived, Cinemark is presenting all eight “Harry Potter” films plus “Fantastic Beasts and Where to Find Them” in their Cinemark XD theaters.

Fans can purchase individual movie tickets for $5 per film, or buy a Festival Pass for $25. The pass includes tickets to all nine films, a collectible keychain, a specially designed cup that can be refilled for $3.50 through November 30, and a commemorative festival badge. You can pick up your Festival Pass and reserve seats at your local theater starting August 25. 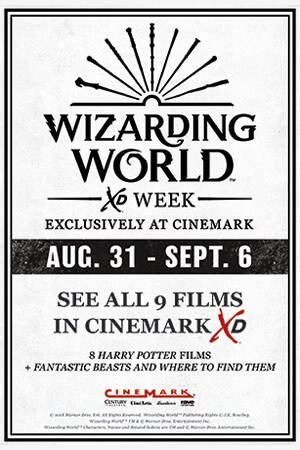 This isn’t the first time the “Harry Potter” series has returned to theaters. In 2016, all eight films were re-released for one week leading up to the release of “Fantastic Beasts and Where to Find Them.” That movie’s sequel, “Fantastic Beasts: The Crimes of Grindelwald,” arrives in theaters on November 16.

Tickets for Wizarding World XD Week are now on sale through the Cinemark website, so head over to find a participating theater near you.