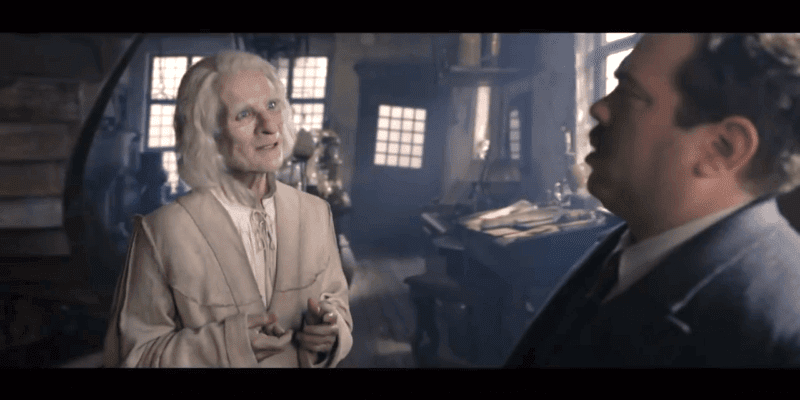 During San Diego Comic-Con 2018, the cast of “Fantastic Beasts: The Crimes of Grindelwald” made a panel appearance and brought along an all-new trailer.

The new footage previews the escalating tension between Dumbledore (Jude Law) and Gellert Grindelwald (Johnny Depp), a dark, anti-Muggle wizard. The relationship between the two wizards promises to be complicated, and Dumbledore may be tempted by his old friend’s power. When Dumbledore looks into the Mirror of Erised, which shows people their deepest desire, he sees Grindelwald.

The trailer also introduces Nicolas Flamel (Brontis Jodorowsky), the only known maker of the Philosopher’s Stone. The immortal alchemist, who is a close friend of Dumbledore, has a humorous encounter with Jacob Kowalski (Dan Fogler).

“Fantastic Beasts: The Crimes of Grindelwald,” written by J.K. Rowling and directed by David Yates, arrives in theaters on November 16.