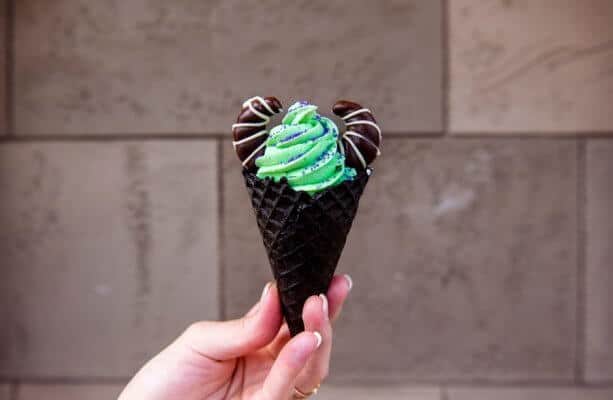 This year’s party takes place on select nights from August 17 – October 31. Some of these food items are available daily through October 31, while some are only available on party nights. From the sweet Zero Waffle Sundae to the spicy Hades Nachos, hungry trick-or-treaters can find an array of Halloween-themed snacks. 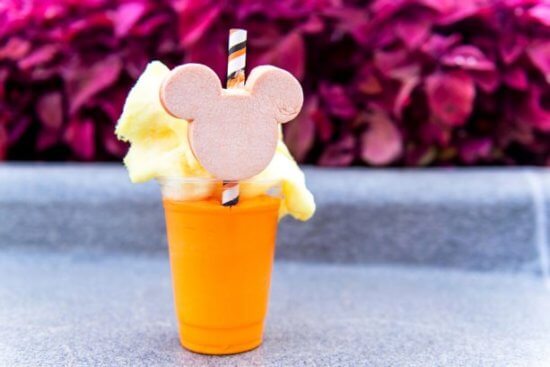 People seem to either love or hate candy corn, and this milkshake is definitely for the fans. The bright orange milkshake is topped with cotton candy and a Mickey-shaped marshmallow. 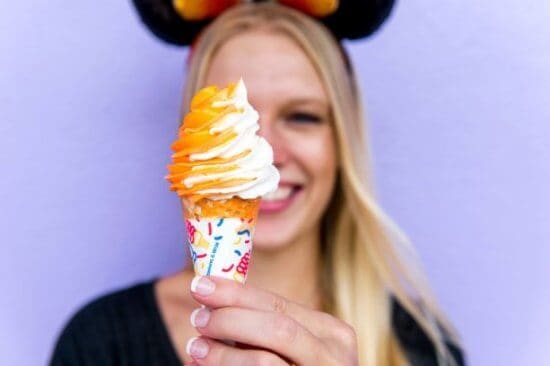 Get more of that candy corn flavor with soft-serve ice cream, served in a cone or as a sundae. 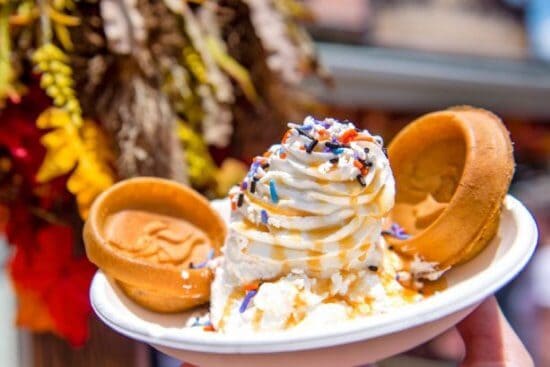 Inspired by Jack Skellington’s loyal sidekick in “Tim Burton’s The Nightmare Before Christmas,” this Zero Waffle Sundae comes topped with vanilla ice cream, sprinkles, and a drizzle of caramel. 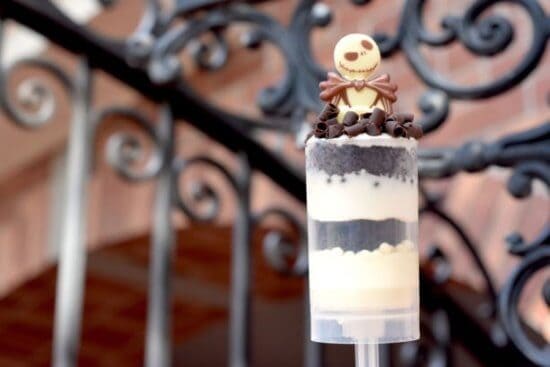 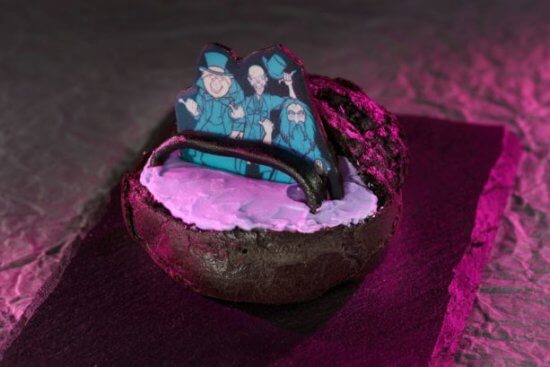 Pick up these Hitchhiking Ghosts for a Haunted Mansion-inspired treat. The Doom Buggy-shaped cream puff is filled with cookies and cream mousse and decorated with those famous ride-seeking ghosts. 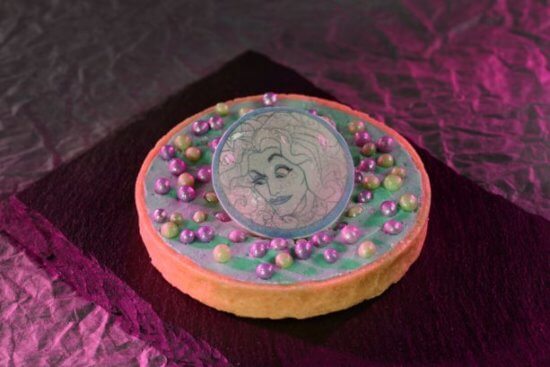 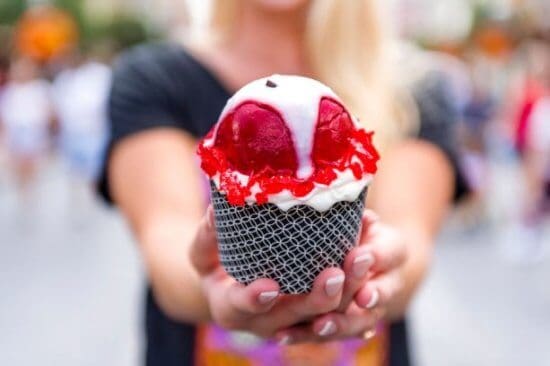 BOO BASH vs. Not-So-Scary: Everything You Need to Know 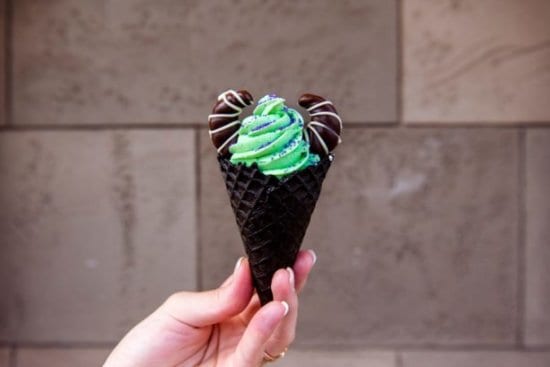 The unforgettable villain from “Sleeping Beauty” inspires this dessert, which features lime soft-serve in a black waffle cone with purple sugar and little chocolate horns. 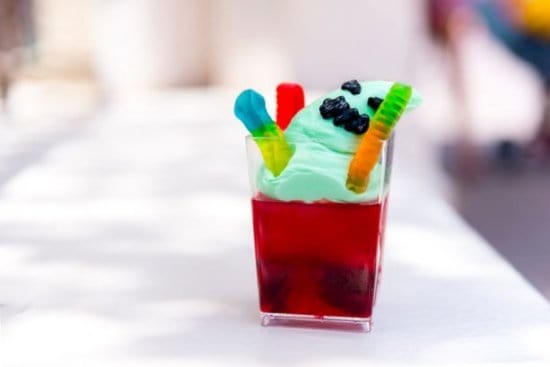 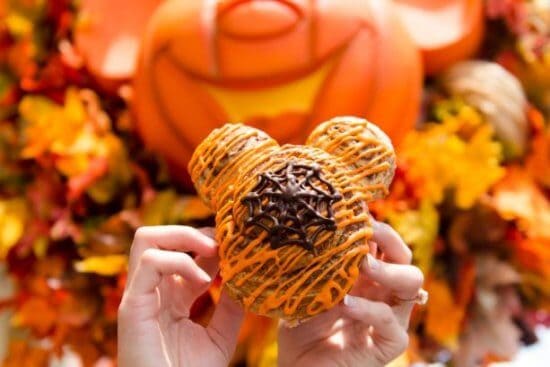 This sweet Mickey-shaped cinnamon roll is topped with festive orange icing and a chocolate spider web. 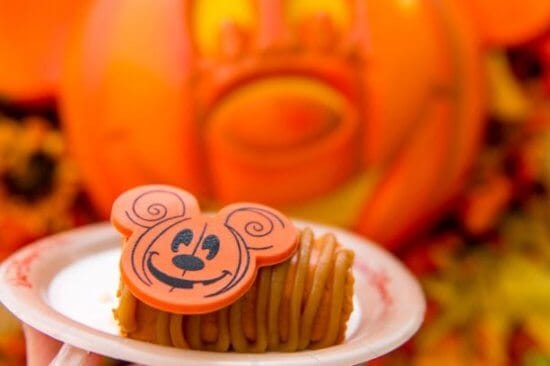 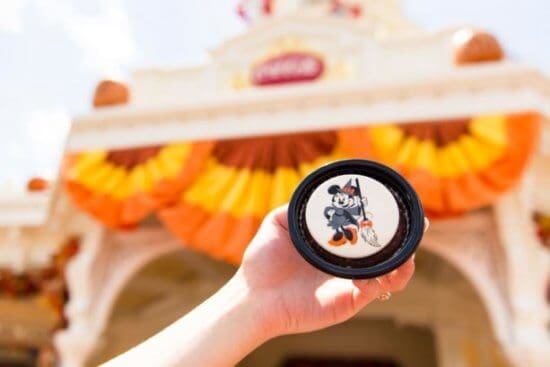 This tasty brownie is topped with a white chocolate piece featuring Minnie Mouse decked out in her most acceptable Halloween attire. 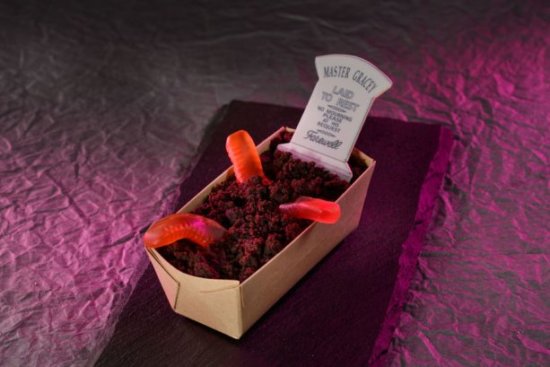 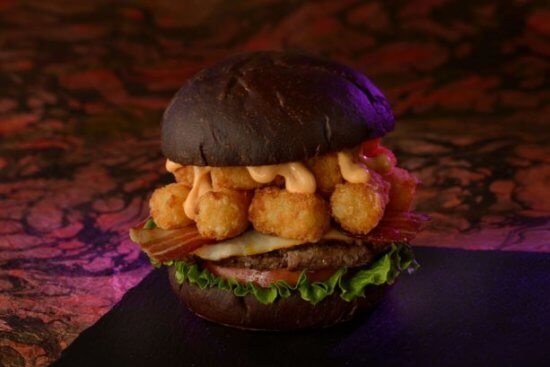 Once you’ve had your fill of desserts, you can move on to this hearty burger served on a black bun with Muenster cheese, tater tots, and Sriracha aïoli. 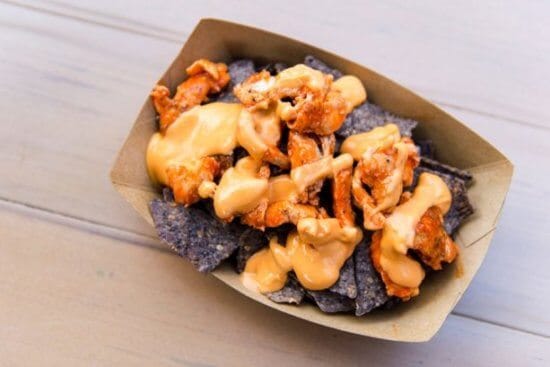 Hades inspired this fiery dish with black bean nacho chips, buffalo chicken, and your favorite toppings from the toppings bar. 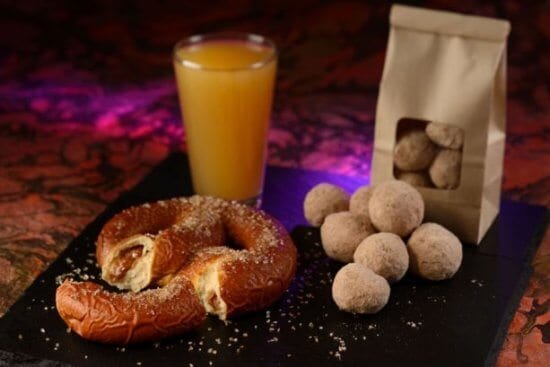 Stop by for Apple Cider, a warm Caramel-Stuffed Pretzel, or sweet Cinnamon Donuts. 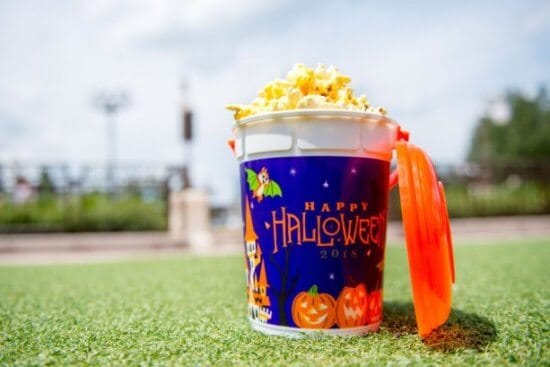 Pick up popcorn in this year’s novelty popcorn bucket at different Popcorn Carts throughout the Park. For more information on the Disney Halloween 2018 novelty items, click here.

Some of these items may be available on Mobile Order via the My Disney Experience app. Unless otherwise noted above, these treats are exclusive to Mickey’s Not-So-Scary Halloween PartyAugust 17ichOctober 31elect nights from August 17 – October 31. To purchase tickets to the party, visit the Walt Disney World website.

How many of these Mickey’s Not-So-Scary Halloween Party 2018 food items will you be sampling this year?