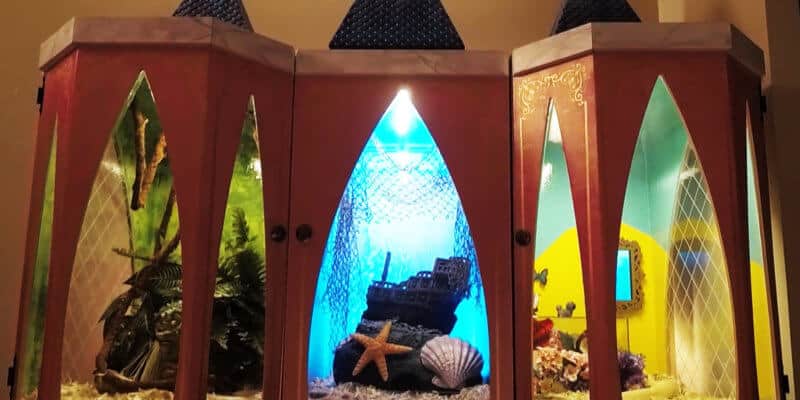 There’s no denying it– Disney fans love animals… and sometimes they even love snakes! The new Animal Planet reality series “Scaled” is here to help one Disney movie enthusiast transform her three pet snakes’ living environment into a tribute to her favorite animated films.

Inside the Magic was given exclusive access to this clip from a new episode of “Scaled” airing this Friday on Animal Planet, in which the show’s creative team has designed and constructed a snake habitat containing three sections, each themed after a different Disney animated classic. “The Jungle Book,” “The Little Mermaid,” and “Snow White and the Seven Dwarfs” (including a Magic Mirror) are all represented here, and as a whole the reptiles’ new dwelling provides an attractive Disney-inspired infusion to their owner’s home.

Animal Planet’s official description of “Scaled” is as follows:

Welcome to Cornel’s World, where an animated group of reptile aficionados bring audiences up close and personal as they work together with reptile enthusiasts to strip away the ordinary walls of their pet’s terrarium and transform them into custom-made visual masterpieces.

Tune in to see the rest of the show when this new episode of “Scaled” airs this Friday, August 31 at 9:00 PM on Animal Planet.