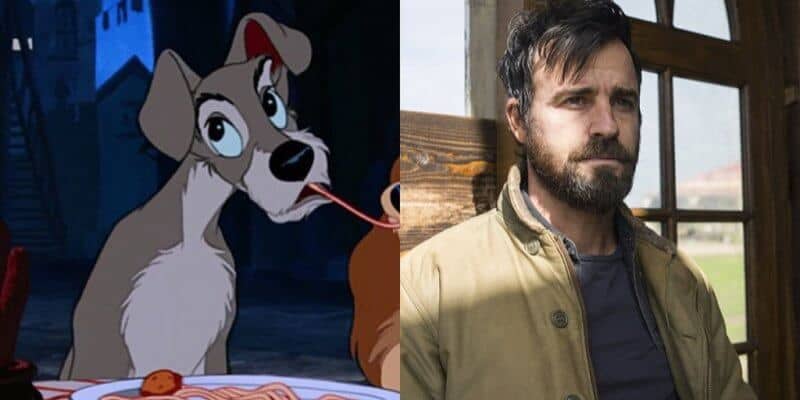 Justin Theroux to star in Disney's 'Lady and the Tramp'

Disney has officially started casting for the live-action film Lady and the Tramp.

Last week, we learned that Ashley Jenson was the first to be cast for the Lady and the Tramp reboot. She will portray Jackie (originally Jock, played by Bill Thompson in the animated film), a wise Scottish Terrier and Lady’s close friend. Jenson is known for lending her voice as Nanette in Sherlock Gnomes. Her unique voice has also played the parts of Phlegma the Fierce in How to Train Your Dragon as well as Downy McDuck in the TV series DuckTales.

Shortly after this announcement, news dropped that Justin Theroux (The Last Jedi, The Spy Who Dumped Me) will be leading the film as he stars as the rambunctious Tramp. While there is still no news on who will be cast as the other star of the film, Lady, fans are already throwing in their input of casting favorites. A few names being suggested for the role of the eloquent Cocker Spaniel include A-List stars such as Reese Witherspoon. Other cast and crew announcements include screenwriter Andrew Bujalski and producer Brigham Taylor at the helm of the film. Charlie Bean was announced to be the director of the film earlier this year when news of the Lady and the Tramp reboot was first released.

The live-action film will be one in a slew of exclusives for Disney’s untitled streaming service that is set to debut late next year. This original TV movie will only be available on the streaming service and will not be shown in theaters.  The Lady and the Tramp reboot is said to be a live-action CG hybrid, most likely similar to the effects we saw in The Jungle Book film that premiered in 2016.

Disney has been generous these past few years with their unquenchable release of live-action films. Success stories arising from these remakes such as Cinderella (2015) and Beauty and the Beast (2017) prove Disney is making pristine casting choices.  Disney’s persistence in re-creating these classic adventures give nostalgic fans a reminder of their love for Disney.

Lady and the Tramp originally released as a Disney animated film in 1955. The romantic tale follows the story of Lady, a Cocker Spaniel from an upper-class family, meeting a downtown mutt by the name of Tramp. The unlikely duo steer a heartfelt story of finding love in unexpected places. The film starred Barbara Luddy as Lady and Larry Roberts as Tramp. The film went on to be one of Disney’s more successful releases, grossing $187 million worldwide.

The live-action Lady and the Tramp reboot will start filming by the end of 2018.

Take a look at these Lady and the Tramp inspired bags from Dooney & Bourke!