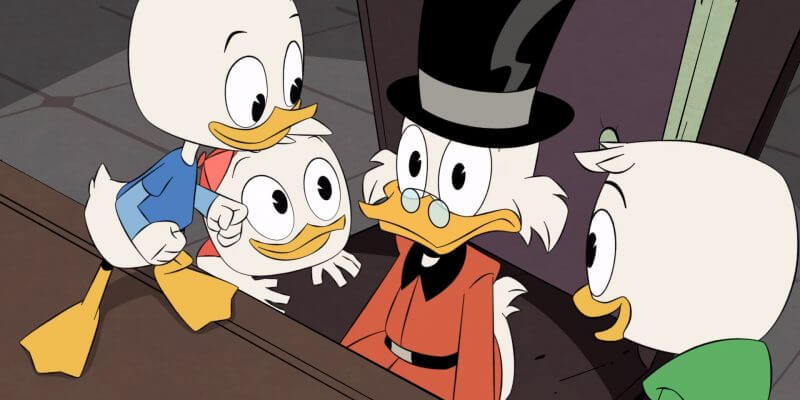 Last summer, the 21st century reboot of the classic Disney Afternoon animated series “DuckTales” premiered on Disney XD to critical acclaim and a very warm welcome from fans. After that, it aired eight additional episodes before disappearing for several months. And today we finally saw an announcement that will excite Duckburg enthusiasts as the show gears up for its big return.

“DuckTales” will be moving from its regular home on Disney XD to its sister basic cable network Disney Channel beginning in May, with existing episodes airing once per day throughout that month. Plus, new episodes will begin airing weekly starting Friday, May 4th. A new trailer (cut together using previously-seen footage) was released this morning to help celebrate the news.

“DuckTales” first began in 1987 and was inspired by Disney’s “Uncle Scrooge” and “Donald Duck” comic books written and illustrated by Carl Barks. The new series has been developed by Matt Youngberg and Francisco Angones, and features voice cast members David Tennant as Scrooge McDuck, Danny Pudi as Huey, Ben Schwartz as Dewey, Bobby Moynihan as Louie, Kate Micucci as Webby, Beck Bennett as Launchpad McQuack, and Tony Anselmo as Donald.

“DuckTales” returns with new episode May 4th on Disney Channel.

Comments Off on VIDEO: “DuckTales” reboot announces May return, move to Disney Channel with new trailer