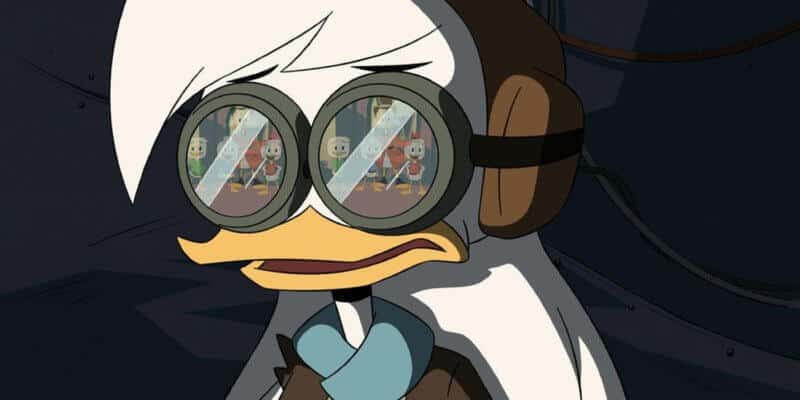 Della Duck, the long-lost mother of Huey, Dewey, and Louie and Donald Duck‘s twin sister, was voiced for the first time on the season finale of “DuckTales.”

Paget Brewster, best known for “Criminal Minds,” voiced Della in the Season 1 finale episode “The Shadow War!”. The character has been mentioned and pictured several times this season, as her triplets worked to uncover the mystery surrounding her disappearance. It’s revealed that Della and Donald Duck used to go on adventures with their Uncle Scrooge, and just before Huey, Dewey, and Louie were born, Della took Scrooge’s rocket ship, got caught in a cosmic storm, and vanished.

In the season finale, we discover Della is alive and still living in the rocket ship. She manages to watch a news broadcast from Duckburg on an old TV inside the ship, where she catches a glimpse of her sons. According to Deadline, Brewster joins the cast of “DuckTales” as a recurring character for Season 2, which premieres in late 2018.

The character of Della Duck was first mentioned in newspaper comic strips and an animated short film in the late 1930s. She appeared rarely in stories, so not much is known about the character.

While you may have to wait until later this year for more from Della Duck, you can catch up on the first season of “DuckTales” here on DisneyNOW.