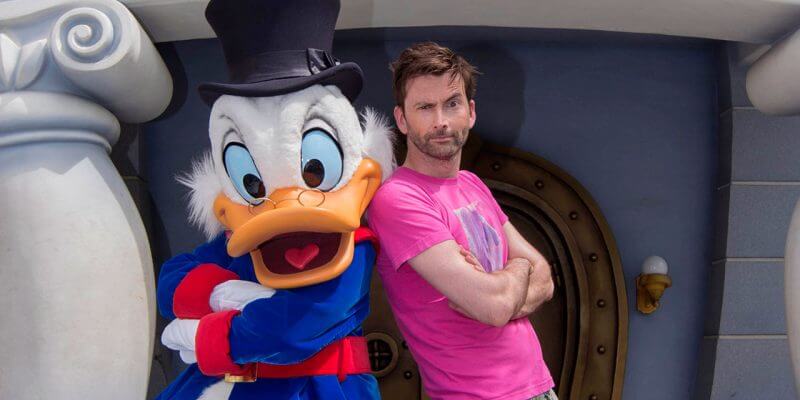 While in Southern California promoting the new Disney XD “DuckTales” reboot at San Diego Comic-Con 2017 , voice star David Tennant (who plays adventurous trillionaire Scrooge McDuck) paid a visit to Disneyland in Anaheim and to the Toontown bank, where Uncle Scrooge himself made a rare appearance. Besides having his photo taken with the richest duck in Duckburg, Tennant and his family were excited to ride the new Guardians of the Galaxy – Mission: BREAKOUT! attraction at Disney California Adventure. Tennant also commented on what he found most appealing about his new role as Scrooge: “He’s got a hidden life. You think he’s a crotchety old windbag, when he’s actually Indiana Jones with a beak!”