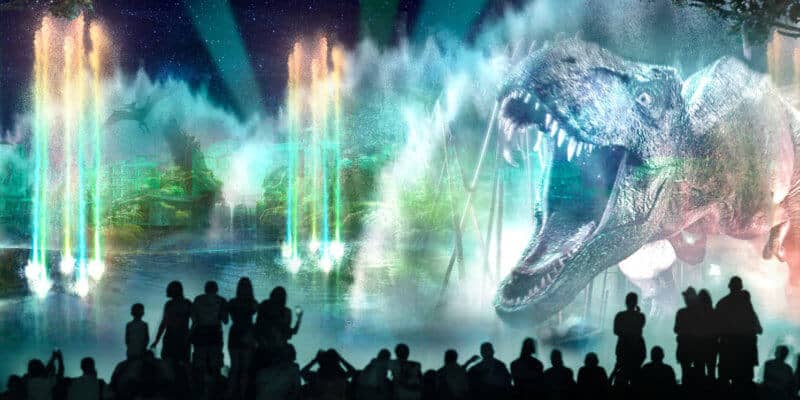 According to Universal Orlando, “The show combines an all-new storyline with full panoramic water screens accented by additional multi-layer water screens, pyrotechnics and – for the first time ever – more than 120 dancing fountains and projection mapping to transform the entire waterfront and surrounding buildings into a vivid celebration of epic movie moments and beloved characters.”

Universal Orlando provided some further information regarding what to expect when trying to see one of the show’s technical rehearsals:

What is a technical rehearsal? Technical rehearsal is a time for us to offer a limited number of guests the opportunity to preview our newest show as we make finishing touches in preparation for its official opening.

What are operating hours for “Universal Orlando’s Cinematic Celebration” during technical rehearsal? Operating hours will not be set in advance and will vary as the show opens on a limited, unscheduled basis.

What can I experience during a technical rehearsal? During the technical rehearsal, you may be able to experience the entire show or certain elements as we work on putting the finishing touches on the show. Please keep in mind some elements of the show may not be operational as we continue to test and refine all technical aspects.

There is currently no premiere date set for “Universal Orlando’s Cinematic Celebration,” but it is planned to officially debut later this Summer.