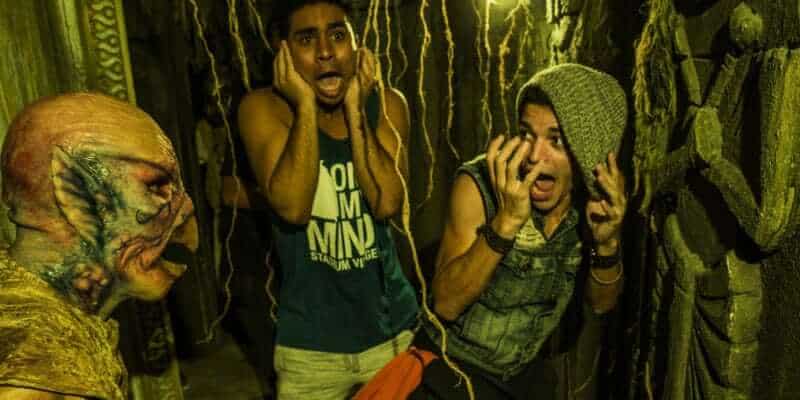 Universal Orlando has announced the addition of a 10th Haunted House to the frightful Halloween Horror Nights 2018.

Details on the house have not been revealed yet, but this marks the first time in the event’s 28-year history that 10 haunted houses will be featured. Taking place on 34 select nights from September 14 – November 3, this year’s Halloween Horror Nights will include 10 disturbingly-real haunted houses based on the most terrifying names in pop culture – including Netflix’s sci-fi thriller “Stranger Things” and Halloween classic “Trick ‘r Treat” – plus five sinister scare zones.

WATCH – MORE HOUSES THAN EVER AT HALLOWEEN HORROR NIGHTS 2018:

Several of the scare zones have been revealed. As guests travel through the park, they’ll be stalked by ravenous punk, material girl and metal head vampires in Vamp 85: New Year’s Eve; come face-to-face with beings of rotted pumpkins and fetid vines who are seeking out human sacrifices in Twisted Tradition; fall victim to foul and decrepit creatures in The Harvest and more. In addition, Academy of Villains returns with an all-new high energy performance. 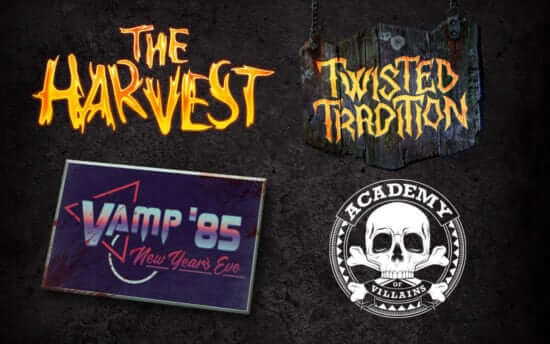 All tickets and vacation packages for Universal Orlando’s Halloween Horror Nights 2018 are now on sale. For more information, head over to the event website, and stay tuned for more details on the 10th Haunted House.