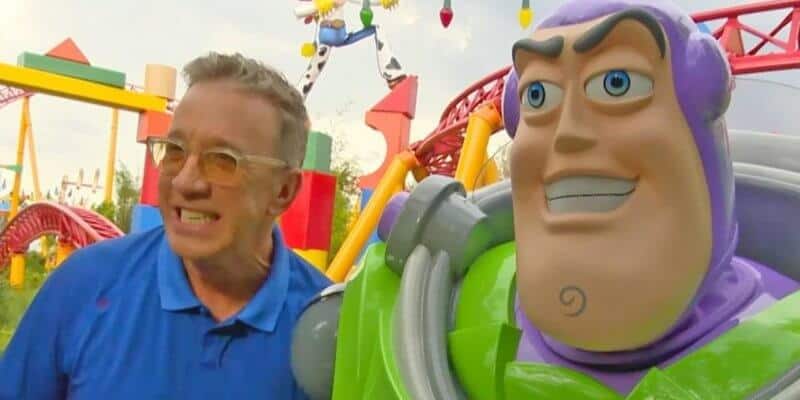 In this video, Allen poses for photos next to Buzz Lightyear and rides fan-favorite Toy Story Mania! as well as Slinky Dog Dash and Alien Swirling Saucers, the two new Toy Story Land attractions. The Disney-Pixar team put a lot of care into creating the newly opened land, and Allen was particularly impressed with all the tiny details. “Everywhere you look, they’ve thought about it,” he said.