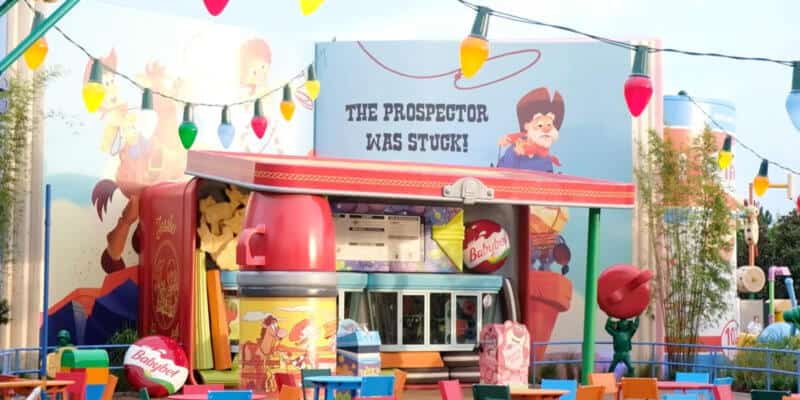 The creation of Toy Story Land was a labor of love by passionate individuals who came together to create a themed land that captures not only the incredible story of the beloved “Toy Story” films but also the fantasy feeling of being a toy on an adventure in Andy’s backyard.

Walt Disney Imagineers created Toy Story Land at Disney’s Hollywood Studios with 11 acres of amazingly detailed scenery, attractions and themed land that was designed to not only wow guests with very specific detailing but also to entertain with unique and fun attractions.

As guests walk into the land they are transformed into the size of a toy. “Everything around you in the land isn’t big, you’re just small,” said Joni Van Buren, Art Director at The Walt Disney Company. “Andy’s not here, that’s why everyone here as toys are alive. Because if you remember in the films the toys would only come to life when Andy was away. Everyone here are honorary toys.” 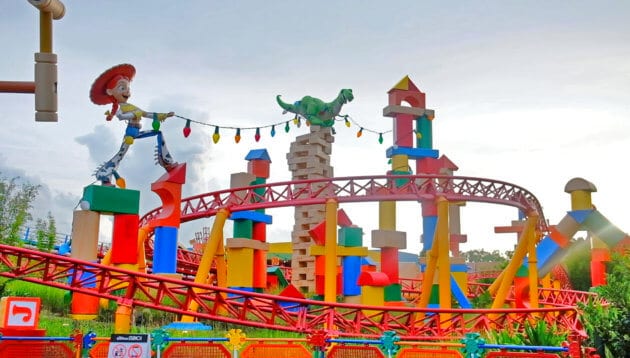 The idea that you have been transformed into a toy becomes very apparent as you walk throughout the land where guests will encounter massive Tinkertoys, Green Army Men, letter blocks and other elements that are all much larger than many have ever seen before.

As fans of the famous film franchise know, Andy is now all grown up. This means Toy Story Land’s timeline falls between “Toy Story” and “Toy Story 2,” which guests may be able to tell just by looking at small details in the land.

“Andy is a little bit older in Toy Story Land than he was in the first “Toy Story” film. This land rides the sweet spot between the first two films.  You can notice the details in the Slinky Dog Dash coaster where his writing is a little more mature looking than the writing of “Andy” on Woody’s boot. The way he set up his slinky box is a little tidier than it might have been in the first film. Overall, the way he placed things in the land is more thoughtful. We kind of just took Toy Story Land and made it its own time,” said Liz Gazzano, Executive Producer of the theme parks group at Pixar. 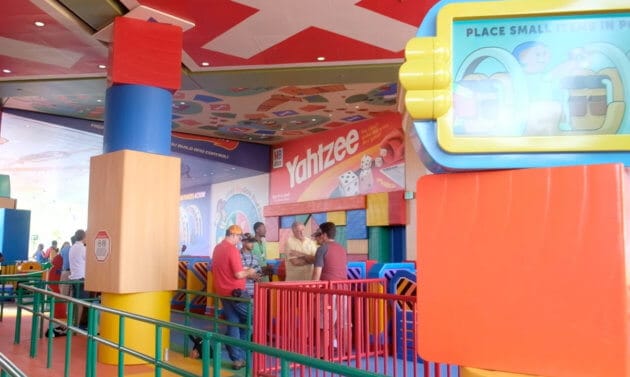 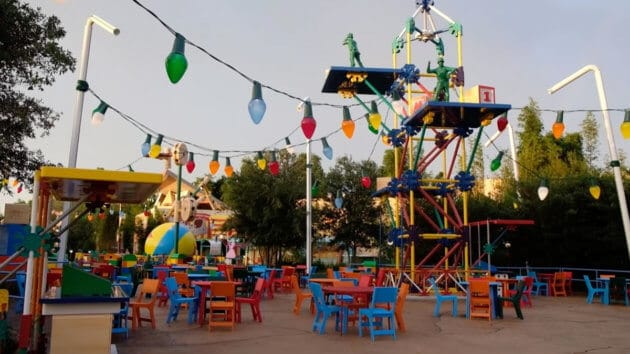 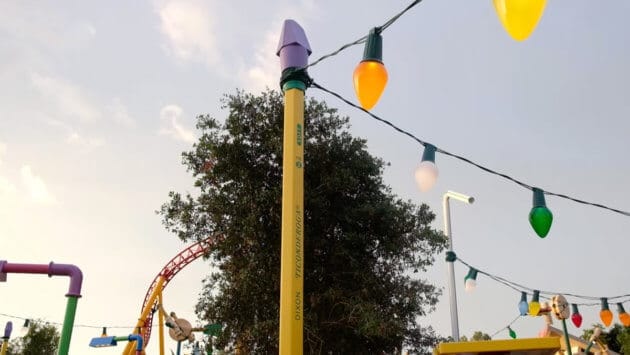 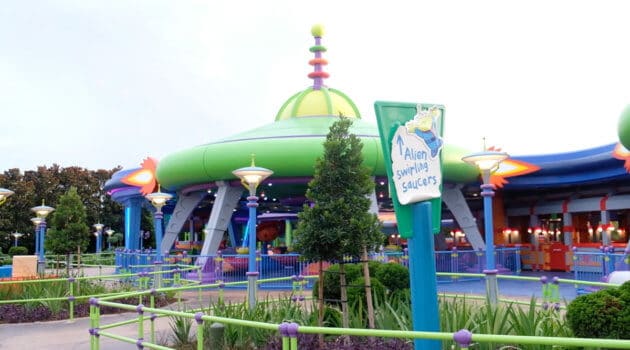 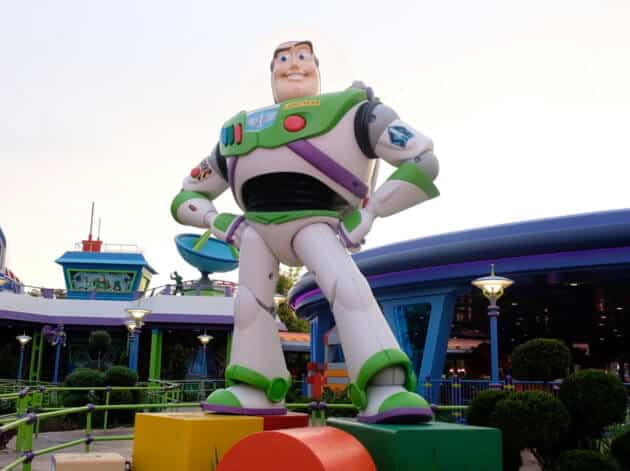 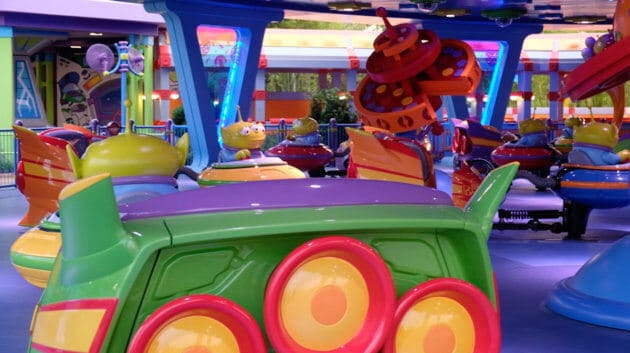 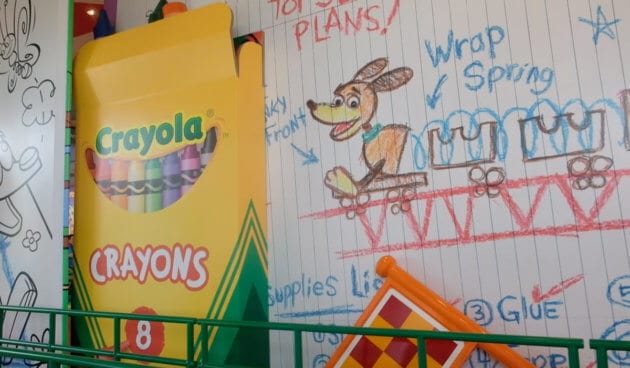 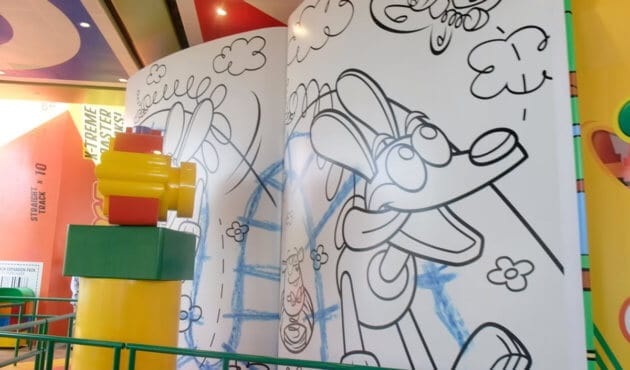 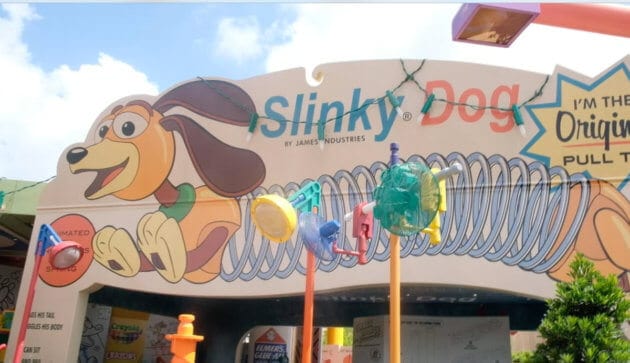 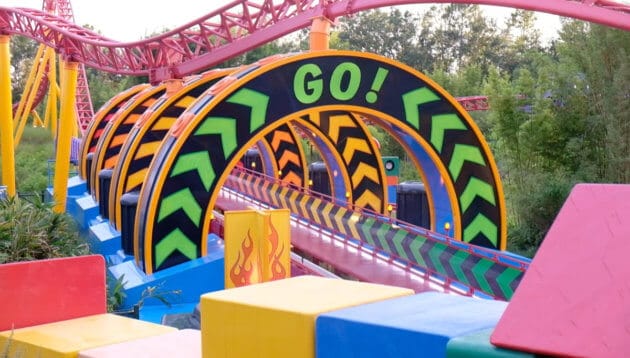 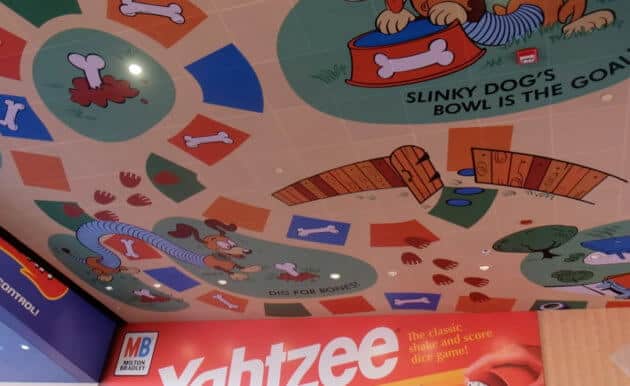 One small detail in the land that is not too noticeable on first glance, but is also well thought out, has to be the popsicle stick and domino benches located in different parts of the land. Another detail that can be found more in the middle of the land is Andy’s footprints, which were designed to be scaled to the size of 8-year-old Andy’s foot. 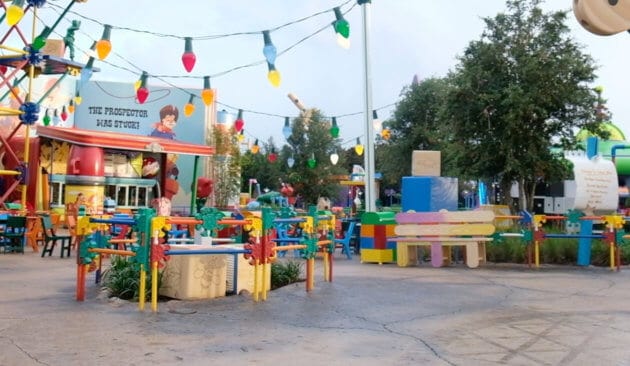 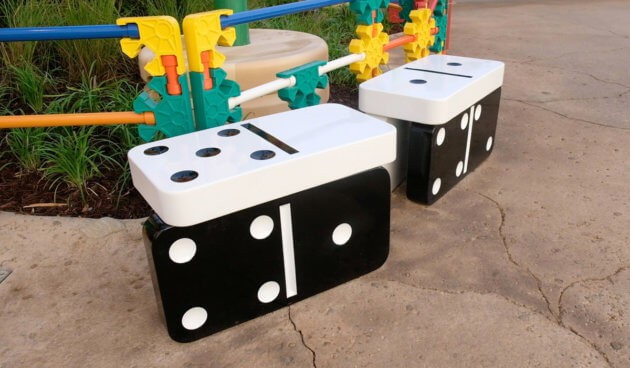 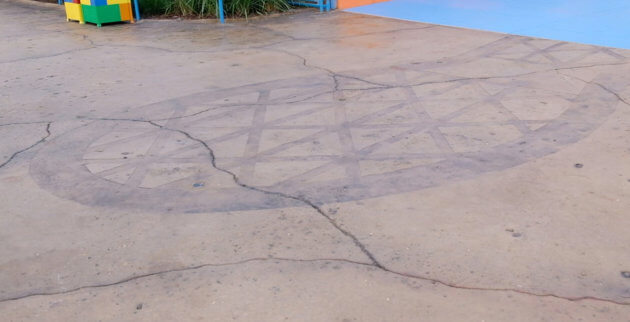 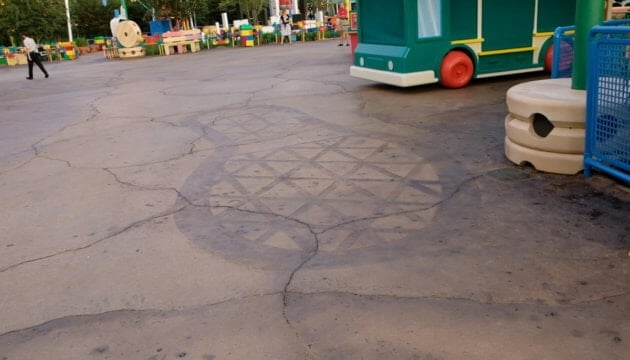 To take a look at the entire land, be sure to check out our full walking tours below. The daytime walking tour really shows the smaller details of the land, like Andy’s footprints and the popsicle stick and domino benches. The nighttime walkthrough shows the land lit up with amazing lighting on all of its attractions and marquees.

Not only does the land feature incredible theming and amazing design, it also contains special merchandise specifically for this fun new area. Take a look at some of the land’s awesome merchandise offerings in the video below.

Make sure to take in all of the incredible sights of Toy Story Land when it officially opens this Saturday, June 30, at Disney’s Hollywood Studios. For more information, be sure to visit the official website.

Comments Off on VIDEO: Toy Story Land’s creation was a labor of passion, attention to detail, and love from Disney-Pixar