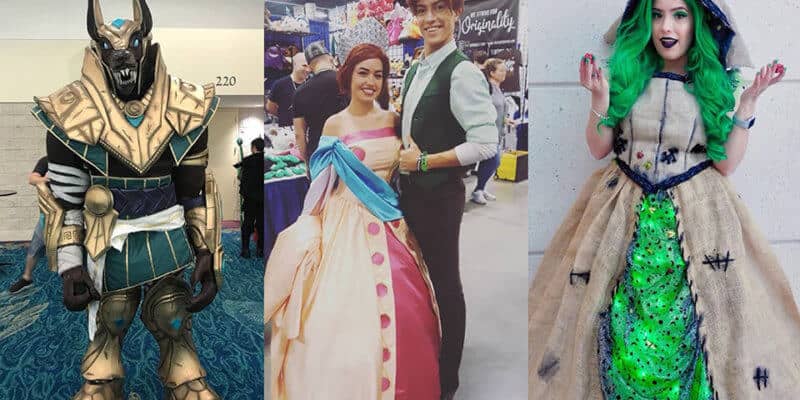 It’s that time of year again where Fort Lauderdale’s A1A traffic is being backed up– not from avid beachgoers– but from the highly anticipated annual event by the name of Supercon. Held at the Broward County Convention Center, this fandom exposed comic-con hosts thousands of guests, who come fully decked out in their favorite character cosplays.

This summer event is a highly anticipated one, with the 2018 Supercon bringing in stars such as William Shatner, John Barrowman, and Lou Ferrigno. Attendees even had the opportunity to meet their idols in special autograph and photo op sessions. In the course of just four days, this convention brought out more than 50,000 passionate fans to enjoy the loaded schedule of activities that Supercon offers. It is the largest comic book convention in Southwest Florida, appealing to a variety of genres such as fantasy, anime, video games, pop culture superheroes, and more.

Even with all of the celebrity appearances and exciting panels going on throughout the event, it should come as no surprise that the main draw here are the cosplays. Cosplay, derived from the phrase “costume play”, is a hobby practiced by creative comic book and film enthusiasts who build fantastic costumes of their favorite characters. Some cosplayers bring it back to the ‘90s in Teenage Mutant Ninja Turtles cosplays, while others pay tribute to newer characters such as Domino and Negasonic from the new Deadpool films. Supercon is a place where people come to show off their creations and reminisce with like-minded fans. Some cosplayers came flocking in from as far away as Canada, so you can bet that they showed up in their best work.

Here are just a few of our favorite cosplays from this year’s Supercon event:

there are honest to god about 20+ things I would do differently if I gave myself more than a week for this build BUT supercon was fun. . . . . . #supercon #supercon2018 #fembuckybarnes #buckybarnescosplay #wintersoldiercosplay #femwintersoldier

«And we can rewrite our stories. All of us. Write our own happy endings. Our own redefinitions. We don't have to be what we're told to be.» -Loki – • • #supercon2018#lokicosplay

My first full body picture of my #oogieboogie cosplay ? I did a female version. I made everything ☺️ (including the dice ) more pictures coming soon! Photo by @sunnyray.photography #cosplay #cosplayer #disneycosplay #disneycosplayer #nightmarebeforechristmas #oogieboogiecosplay #female #girlscandoanythingboyscando #supercon2018 #Supercon

I didn’t take that many pictures but here are the one I did take! I had so much fun at Supercon! #floridasupercon2018 #supercon #supercon2018

From Disney and Star Wars to Marvel and Teen Titans, Inside the Magic was blown away by the talent that showed up to this year’s convention. Whether the cosplays were homemade or store bought, these cosplayers seem to find a way to make their creations stand out. Aside from spending the weekend at celebrity panels and participating in after-party events, Supercon cosplayers walked the 500,000 square foot convention floor to show off the months of hard work that went into making their costumes.

Make sure to tell us which cosplay was your favorite!