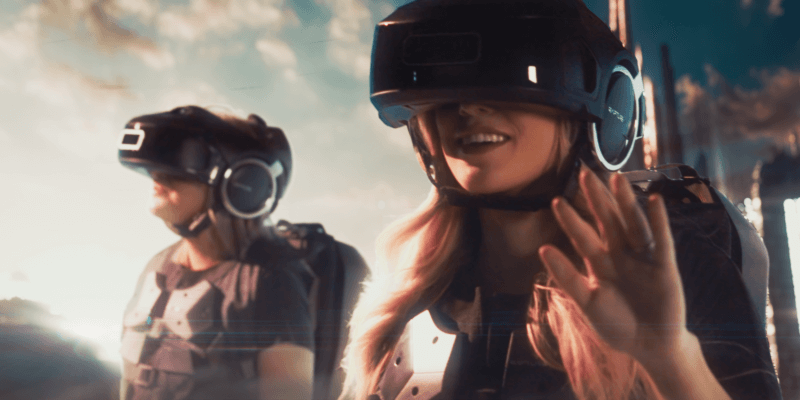 There’s a terrifying new experience coming from The Void. The same company is responsible for the incredible hyper-reality “Star Wars: Secrets of the Empire” experience at Walt Disney World and Disneyland Resort has created a new nightmare-inducing attraction in Las Vegas.

“Nicodemus: Demon of Evanishment” will transport Guests back in time to the 1894 Chicago World’s Fair to discover a monstrous horror tragically brought into our world. The ominous first trailer for the new experience may not reveal much, but it’s certainly enough to get horror fans excited.

The Void’s website shares more details on the story of this nightmarish new experience:

“In the summer of 1893, the World’s Columbian Exposition – AKA the Chicago World’s Fair – was held on the south side of Chicago. Three days before the fair closed, a tragic demonstration in the Electro-Spiritualism Exhibit brought something terrible into our world.

Word spread that an unknown creature was luring Guests down to an ‘Evanishment Room’… from which they never returned. The attractions were quickly and quietly closed. Workers refused to dismantle the exhibits as the fair died around it. Two months later, on January 4th of 1894, strange lights were seen coming from the abandoned exhibit hall.

Through The VOID, travel back to that same night over a hundred and twenty years ago and the decaying Chicago World’s Fair. In groups of four, you will have your choice of six personas (avatars) through which you will discover frights, trials, and adventure around every corner. You will explore, touch, and interact with the decaying ruins of the once-hopeful fair. Your goal is simple: explore the abandoned exhibits and don’t get caught by the demon… Nicodemus.”

“Nicodemus: Demon of Evanishment” can be found at The Void at Grand Canal Shoppes in The Venetian/The Palazzo in Las Vegas. Tickets are available now on The Void’s website, starting at $32.95 each.