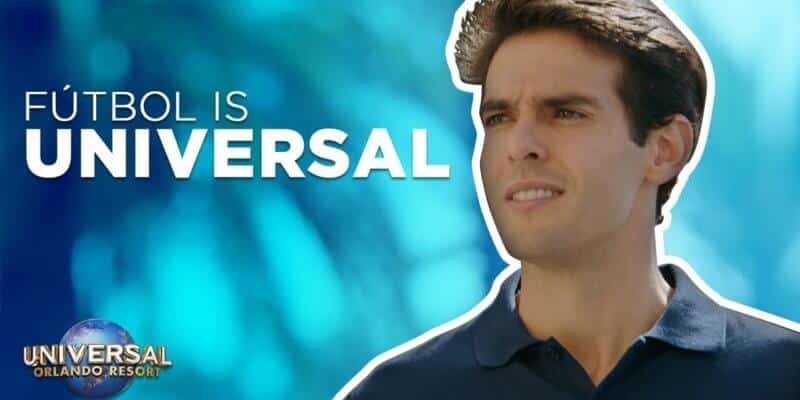 The World Cup is currently spreading soccer fever around the globe, and Universal Parks & Resorts are no exception. In this new TV commercial for Universal Studios Hollywood and Universal Orlando Resort, Brazilian soccer icon Kaká shows us that “Fútbol is Universal.”

The 30-second commercial features Kaká and his soccer skills as he passes by some of Universal’s most famous attractions, including the Wizarding World of Harry Potter, Minion Mayhem, and Raptor Encounter. Narrated by famed soccer announcer Andrés Cantor, this commercial brings the excitement of the World Cup to Universal Parks.

“I lived in Orlando for three years, and I felt that Universal was the backyard to my house,” said Kaká. “So every time that I come here I feel at home.”

You can go behind-the-scenes with the soccer star during the making of the commercial in the video below.

WATCH – BEHIND THE SCENES DURING UNIVERSAL’S WORLD CUP COMMERCIAL:

The new commercial debuted on Telemundo Networks on Saturday, June 23, and will air throughout the World Cup in the U.S., Mexico, and Brazil. The final match of the World Cup takes place on July 15.

For more information on Universal Parks, head over to their website.