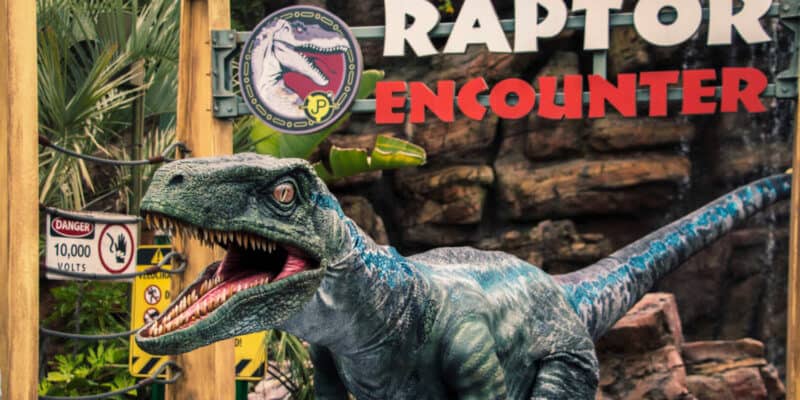 Guests at Universal Studios Hollywood and Universal Orlando Resort are invited to come face-to-face with Blue during the exciting Raptor Encounter experience.

Owen’s beloved Velociraptor from “Jurassic World” and “Jurassic World: Fallen Kingdom” makes her debut at the parks using the exact computer-generated model and images used to create her for the big screen. Blue joins other Velociraptors for Raptor Encounter, offering guests an up-close look at these clever carnivores.

We visited the attraction at Universal Orlando just a few days ago, and you can see guests interact with Raptors in the fun video below.

Universal Studios Hollywood also recently announced Jurassic Park – The Ride will close on September 3 to make way for an all-new Jurassic World ride, which opens in 2019.