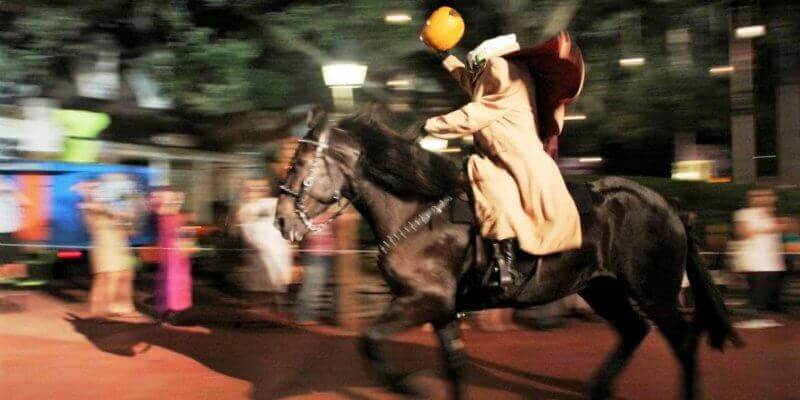 Updated for the 2019 Season

No one does fiendishly fun fall festivities like Disney. Balancing boo-tiful ambiance with kid friendly frights is not an easy task. However, Imagineers cleverly cast an amazing annual spell of spook-tacular after hours happy haunts and fiendish fun suitable for spirits of all ages in the annual Mickey’s Not So Scary Halloween Party. This magical mousterpiece of Halloween haunting takes stage at Walt Disney World’s Magic Kingdom from August 16th through November 1st, 2019.

While similar to Mickey’s Halloween Party at Disneyland in California, the Florida version, Mickey’s Not So Scary Halloween Party at the Magic Kingdom greets guests with its own spellbinding version of fall fun. Additionally, for an overview of the Halloween Celebrations at all of the Disney Parks around the world  & Disney Cruise Line check out our companion article.

Happy Haunting – What to Expect 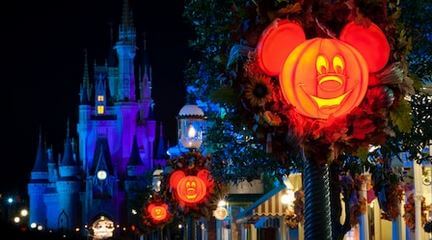 From frightfully fun Boo to You Parade, over the top HalloWishes fireworks display to the Sanderson Sisters’ swinging soiree, delightfully dark distractions make this Halloween Party an event to die for! 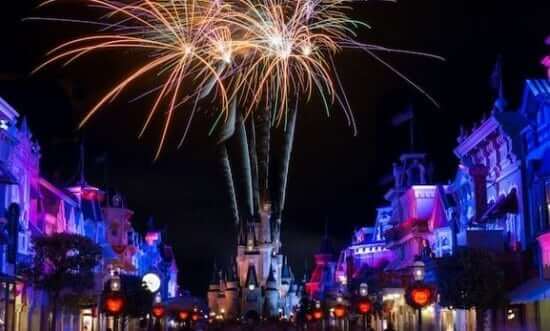 Boo to You Parade

Illuminated candy stations pop up around the park for ghoulish guests to enjoy. At each location, trick or treaters of all ages receive enough candy to fill their treat bags by night’s end. 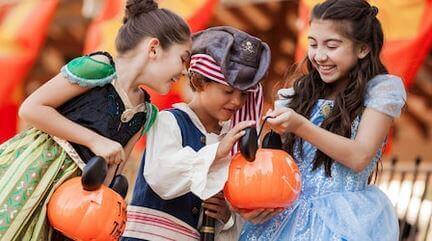 Trailblazing for treats traditionally involves dressing up in costume. While dress up for children is normally allowed for children under 14 years old, this restriction is relaxed for Mickey’s Not So Scary Halloween Party. For those same younger guests, costumes are still allowed along with masks as long as they are not full-face and the child’s eyes can be seen. 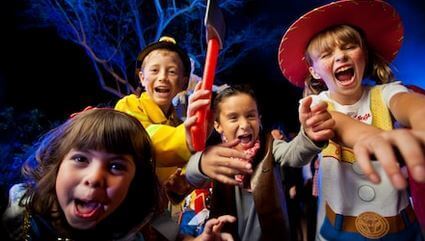 For this event, additional safety guidelines must be taken into consideration (according to the Disney website):

Not usually permitted during regular park hours, one perk to Mickey’s Not So Scary Halloween Party is that adults (anyone over 14 years old) ARE permitted to partake in the dress up fun.  Those costumes must adhere to the following safety guidelines:

In addition to boo-tiful parades, fiendish fireworks and spellbinding shows, Mickey’s Not So Scary Halloween Party adds eerie ambiance to the park after dark.

Fearsome fun can be found in Frontierland as these Spirited singers saunter around. These dearly departed dapper Dans deliver delightfully dark PUNishment during their mesmerizing musical paranormal performances. 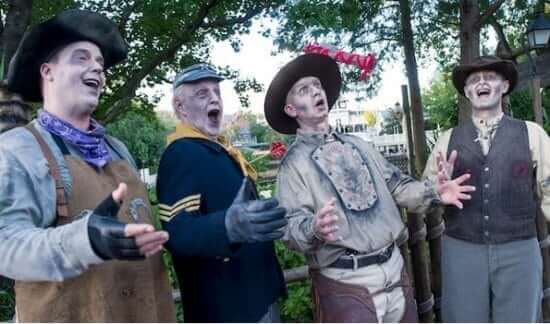 Playful spooks, macabre maids, and unburied butlers materialize at the Mansion. Don’t be alarmed if one of the happy haunts materializes on Haunted Mansion’s front lawn; after all, it is Halloween. 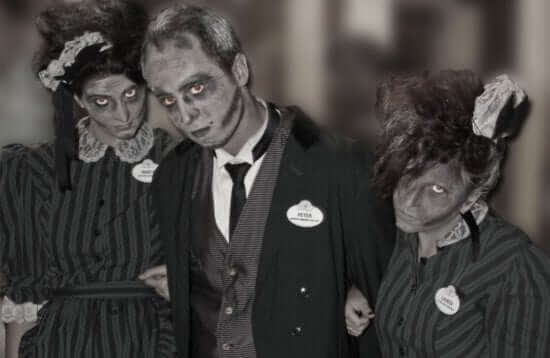 Costumed Characters come out to play

Dressing up for the occasion, classic Disney characters join in the fall fun. These delightfully disguised familiar faces appear throughout the park, ready to meet with guests. Be sure to consult park map during the event for exact locations. Mickey’s Not So Scary Halloween Party also attracts rarely seen in the parks personalities like Jack and Sally from “The Nightmare Before Christmas.”

Monstropolis citizens celebrate Halloween with a “Dare to Scare” dance party. Keep an eye out for Mike and Sully

Each year of Mickey’s Not So Scary Halloween Party brings with it event exclusives. Tee shirts, popcorn buckets, pins and more magically appear in park shops during event hours. 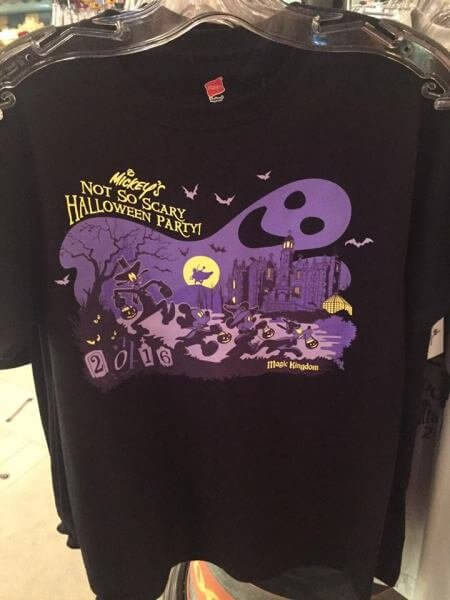 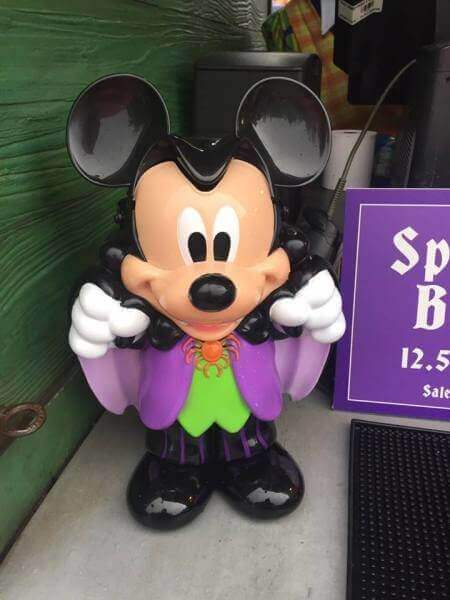 Know before you go:

Mickey’s Not So Scary Halloween Party takes place at Walt Disney World’s Magic Kingdom. The event dates for 2019 are:

Are you considering a trip to Walt Disney World for Mickey’s Not So Scary Halloween Party this year? If so be sure to check out Academy Travel to help in your travel planning. Academy Travel is an Authorized Disney Vacation Planner and not only will you never pay an upcharge or fee for their service their prices are often better than individuals can obtain on their own due to access and knowledge of to special pricing and discounts. Additionally Inside the Magic readers who book with Academy Travel are eligible for either a free gift or room credits, etc depending on the trip they book. Get your free no obligation quote here.