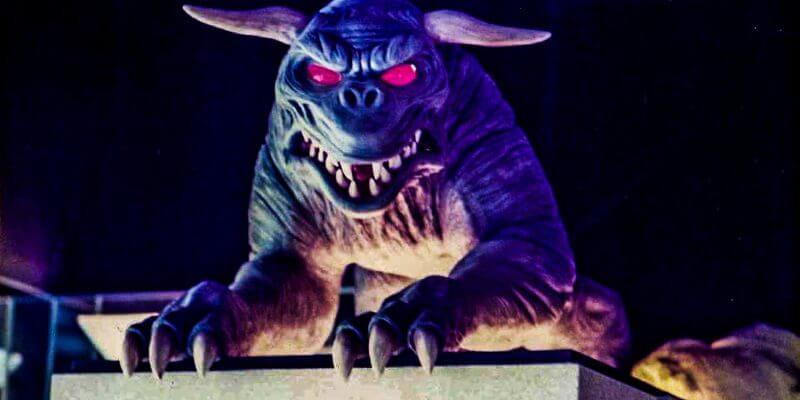 Universal Studios was the king of monster movies.  Beginning with the silent films “Phantom of the Opera” and “The Hunchback of Notre Dame,” these first two fear features starred the legendary Lon Chaney.  From there the studio would turn names like Bela Lugosi, Boris Karloff, and Lon Chaney Jr. into legends as famous monsters like Dracula, Frankenstein’s monster and the Wolfman.

This horror aspect of America’s oldest motion picture studio carried over into its theme parks.  It’s probably not a coincidence that Halloween Horror Nights is the event of the fall to attend. But the annual horror event is not the only creepy cool creation that haunted Universal Studios Florida.  Listed below are 5 spooky sensations that have since given up the ghost. This amazing attraction first materialized in 1990 featuring fantastic effects (including a giant Stay Puft monster) and the heroic Ghostbusters team, arriving just in time to save the day.

The spooktacular underwent a revision in 1993. A pre show was added along with changes to the main show (and less ghosts/Ghostbuster action). In the update, Louis Tully tried to recruit ghostbusters until Walter Peck showed up.  This revised variation would only haunt the theme park for few short years until closing completely in 1996.

Street performances (“Ghostbusters: The Great Fright Way”), pitting the Ghostbusters against Beetlejuice took place in front of the library from 2002. This show was an updated version of “Streetbusters” (1991-1993).  The show scared up paranormal pandemonium until 2005 the license for use of “Ghostbusters” franchise was not renewed by Universal.

After the attraction vanished, Twister –Ride it out, blew into the park (1998-2015) to eventually be replaced by The Tonight Show themed “Race through New York Starring Jimmy Fallon” (2017).

These two facades from Hitchcock’s classic black and white thriller, “Psycho” and its sequels provided perfect, if not killer, photo opportunities.  The Motel and the Mansion were both used in filming for Psycho IV (I had the sad privilege of watching the mansion get torched while enjoying a meal at the then still guitar shaped Hard Rock Café).  Norman Bates’ motel was replaced by “A Day in the Park with Barney” in 2005; his mother’s mansion was leveled years earlier, in 1998, to make way for “Curious George Goes to Town.” Using scenes from “the Birds,” “Psycho” and other Hitchcock masterpieces this peek into how movie effects were achieved included narration from Anthony Perkins.  A 3D film as well as live demonstration was part of the show experience.  “Alfred Hitchcock:  the Art of Making Movies”  operated from opening day of the theme park (1990) until it was closed in 2003 to make way for “Shrek 4D” in 2003.

In May of 1992 the ghost with the most gave “An American Tail” the boot and moved in for a bootiful blend of horror and hilarity with a side of rock and roll.  During the show’s tenure the monstrous musical line up was changed several times as were the supporting characters. In total, 4 different versions of the Classic Monsters meet Bettlejuice were produced during the show’s tenure (1992-2016).

January 5 2016 was the day the music died at Beetlejuice’s Graveyard Mash-up.  The area is slated to be used as a queue area for the forthcoming “Fast & Furious: Supercharged” set to open next year.

Amity Harbor and its infamous boat tour were ready for guests when Universal Studios Florida opened in 1990 (although the boat tour had to be dry docked for a short time for some adjustments).  For the next 21 years thousands of guests came face to face with great white death by way of a killer shark.  Based on Steven Spielberg’s 1975 thriller “Jaws,” this beloved attraction and its surrounding 4th of July themed Amity area are now under another spell.

“Jaws” the ride dried up in 2012 to make way for the boy who lived.  “The Wizarding World of Harry Potter – Diagon Alley,” the area’s new occupant, does offer a few fish tales in way of homage to the classic shark ride: an album on display in the attraction’s London record store;  the blacksmith shop features elements from the “Jaws” attraction; several of the apparatus on display in Wiseacre’s Wizarding Equipment (these were made from parts of the “Jaws” attraction boats); a crate in Gringotts (within Bill Weaseley’s office) is from the shark show; there are two shark jawbones in the shops (Fortescue’s Ice Cream, Borgin an Burkes); and the shrunken heads within Knockturn Alley sing “Show Me the Way to Go Home.” I had the pleasure of encountering this scientific wonder during a 1991 visit to Universal Studios Florida.  Unfortunately, the tall fellow seems to have vanished.  I did catch a glimpse of a glowing resemblance at Halloween Horror Nights, but never again as a walk around/meet and greet character. There have been other disappearances and changes (an updated Horror Make up Show which removed a classic “Phantom of the Opera” poster from daily destruction, for example), but these 5 are missed the most.  Additions like The Mummy roller coaster and the love shown to Universal Studios’ Classic Monsters Café give hope that the classic horror films of Universal’s past are not completely forgotten.  Ultimately this monster movie fan would be thrilled to death if a classic monster museum or attraction would materialize to haunt the Florida theme park.