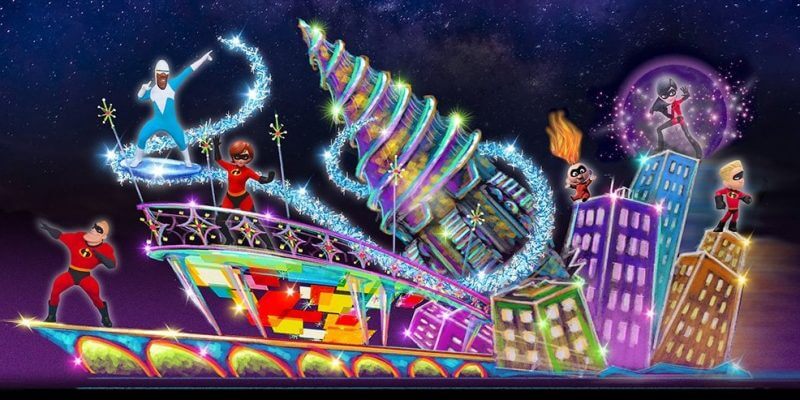 There’s been a lot of construction going on around Disneyland Resort lately, and while some of it is regularly scheduled refurbishment of long-standing rides and other attractions, a big chunk of what Disneyland is preparing for is this year’s exciting launch of Pixar Pier and the Pixar Fest celebration that will precede and overlap with it.

Today Disney finally revealed the full dates of Pixar Fest, and though we already knew it would begin Friday, April 13 at Walt’s original Magic Kingdom in Anaheim, we now know when exactly the festivities will come to an end: Monday, September 3, as the summer season is winding down in Southern California.

In its announcement today, Disneyland Resort also reminded theme park fans what they can expect when they visit the parks during Pixar Fest: the all-new “Together Forever – A Pixar Nighttime Spectacular,” limited-time food and beverages, the return of the popular Paint the Night parade (with a dazzling new “Incredibles” float starting in June) and Pixar Play Parade, a Pixar Shorts film festival, and plenty of fun new merchandise.

And don’t forget, though Pixar Fest begins April 13, Pixar Pier (including the highly-ancitipated IncrediCoaster) won’t be ready to welcome guests until Saturday, June 23 at Disney California Adventure– and unlike Pixar Fest, it will be a permanent addition to Disneyland Resort.