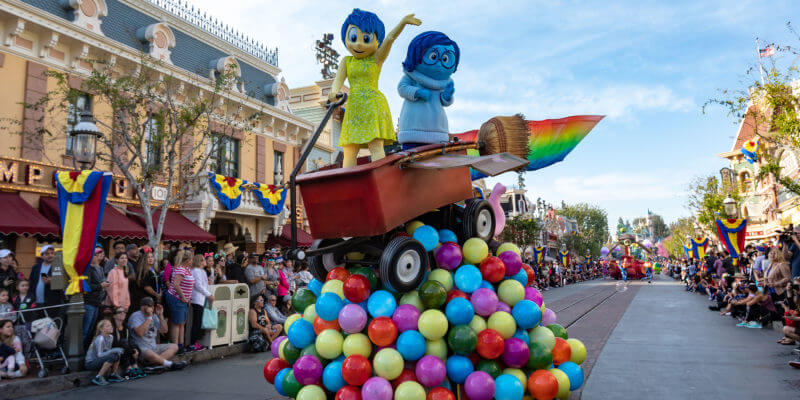 The start of the first-ever Pixar Fest at Disneyland Resort brought the return of the Pixar Play Parade, featuring new floats inspired by “Up,” “Inside Out,” and “Luxo, Jr.” If you haven’t had a chance to experience Pixar Play Parade yet, we’ve got the scoop on what’s new for Pixar Fest.

What is Pixar Play Parade?

The Pixar Fest version begins just like a Pixar movie with an appearance from the iconic Pixar Lamp and yellow Ball from “Luxo, Jr.” Keep an eye out for other new moments from “Up” and “Inside Out,” including :

Which Pixar movies are included in the parade?

The full parade features lots of fun floats and characters, including the following (marked with start points for the video above):

The new “Up” and “Inside Out” floats are definitely highlights of Pixar Play Parade. You can get an up-close look at details on the new additions in our video below.

WATCH – UP CLOSE WITH NEW “UP” AND “INSIDE OUT” FLOATS AT PIXAR FEST:

What else should you know about the parade?

A dining package is available through Plaza Inn Restaurant. With this option, you can enjoy a meal and receive a voucher to watch the parade from the restaurant’s reserved viewing area. For more information, visit the Disneyland website. 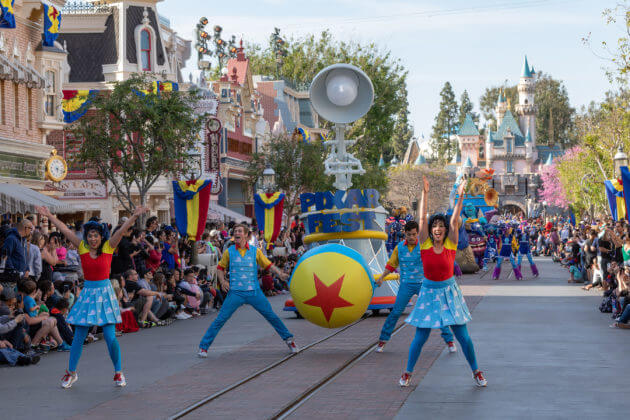 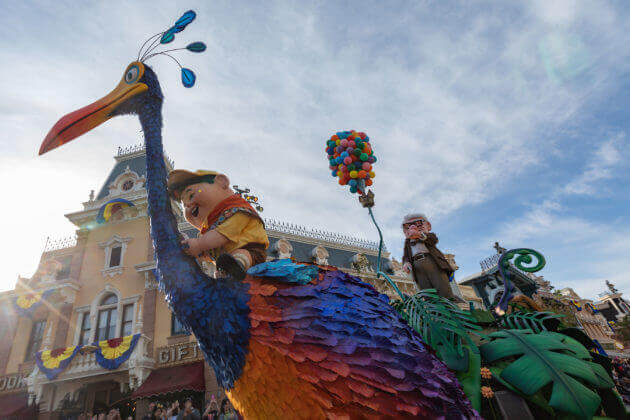 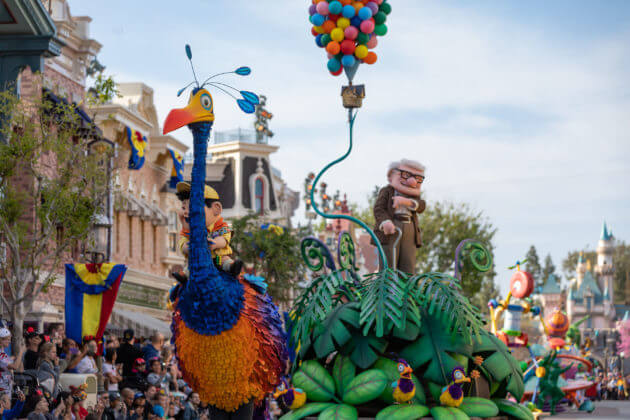 For even more from Pixar Fest, be sure to watch Episode 2 of our ongoing series “Inside Disneyland Resort.”

Pixar Fest runs at Disneyland Resort from April 13 – September 3. Visit the Disneyland website for more information, and for more of our Pixar Fest coverage, click here.