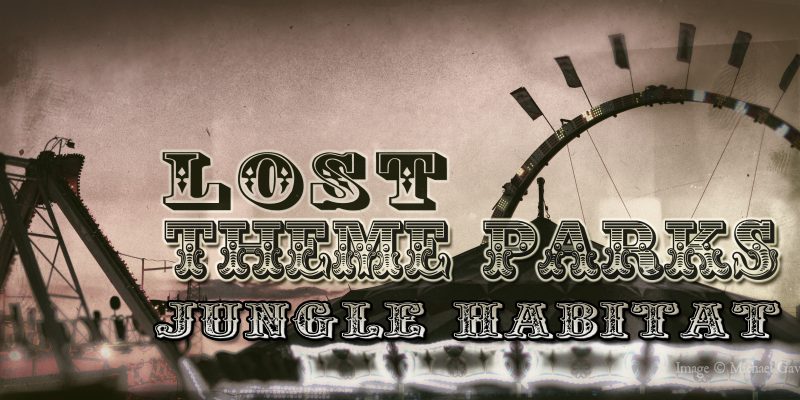 What do tigers, elephants, Warner Brothers, and West Milford, New Jersey, have in common?  If you answered Jungle Habitat, you’d be correct! With over 1500 animals a few small amusement attractions, the strange zoo was available for drive-through encounters and more.

Operating from the summer of 1972 and closing just four years later, in October of 1976, Jungle Habitat is another example of a fun family entertainment experience that has become a lost theme Park.

Tucked away in West Milford, NJ (approximate population of 25,000), Warner Brothers opened a Zoo-like theme Park.  That summer, the drive-through attraction saw around 500,000 Guests enjoy the assortment of animals.  Like the African Adventure known as Lion Country Safari (West Palm Beach, FL), which opened five years prior, visitors to Jungle Habitat would drive through the first part of the attraction as the animals roamed free.

In their own vehicle or a bus operated by the Park, visitors viewed exotic creatures like Siberian tigers, elephants, giraffes, baboons, camels, zebras, and peacocks.  These wild animals were allowed to roam their Park areas and often crossed in front of the vehicular traffic and even approached the trail’s automobiles. Some animals occasionally considered the cars a perfect perch and climbed atop of the vehicles. For this reason, several warnings were posted advising Guests that it was imperative to keep their windows and doors closed. 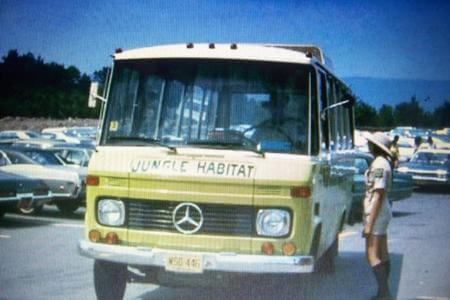 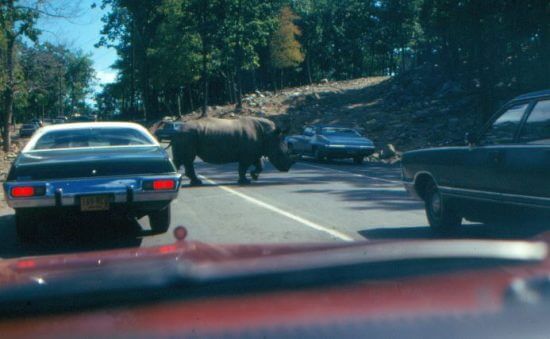 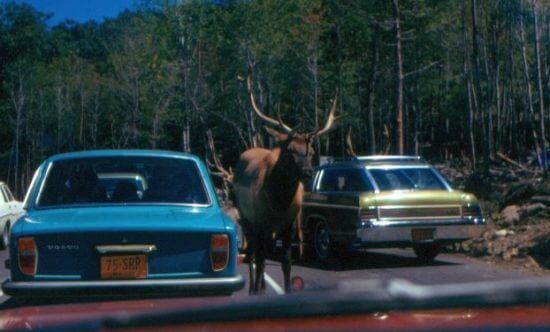 At the end of the drive, a second section of the Park required everyone to disembark from their vehicles.  Here, in this walk-through area, Guests could visit a petting zoo, ride some of the animals (camels and elephants), explore a reptile exhibit, enjoy a dolphin performance, select snacks, and souvenirs board the Jungle Junction tram. 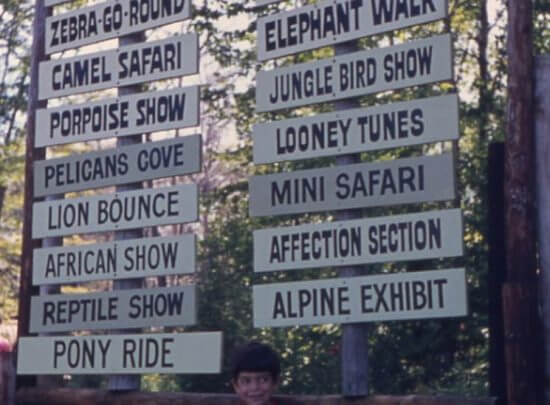 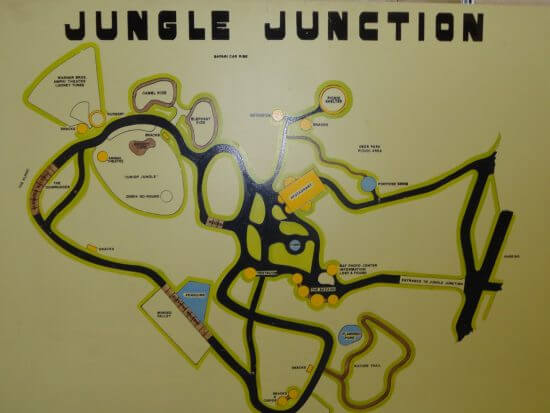 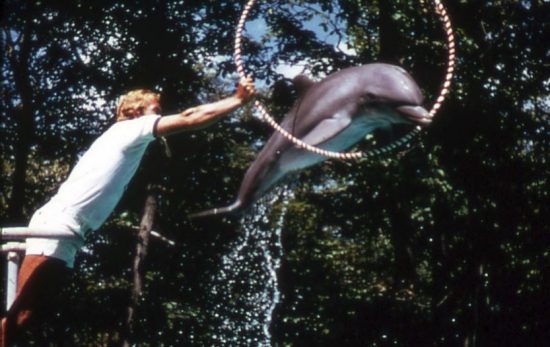 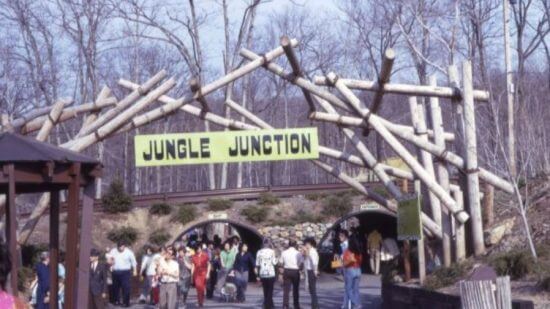 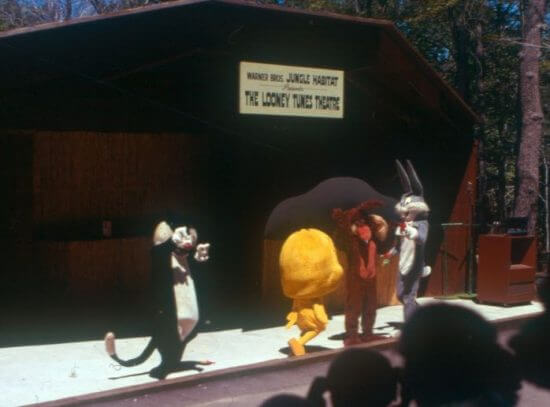 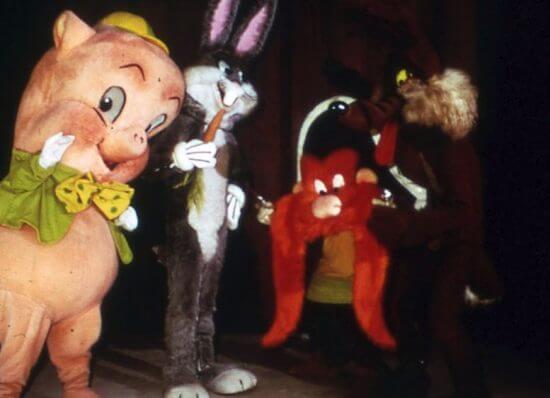 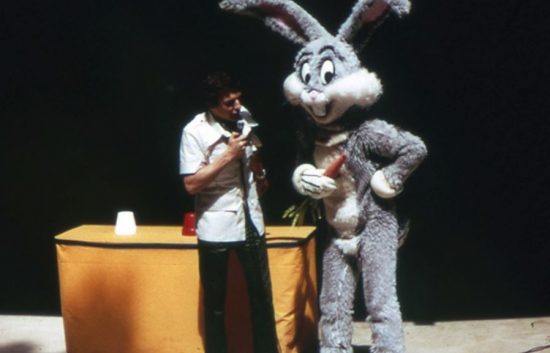 The first-year successes were met with a few challenges.  Despite the warnings to keep windows rolled up during the drive-through safari, a tourist decided to ignore the directions. After rolling down the taxi’s window he was riding, Abraham Levy was mauled by a pair of lions.  Levy eventually admitted the incident was his own fault, abating the bad press brewing from the incident. 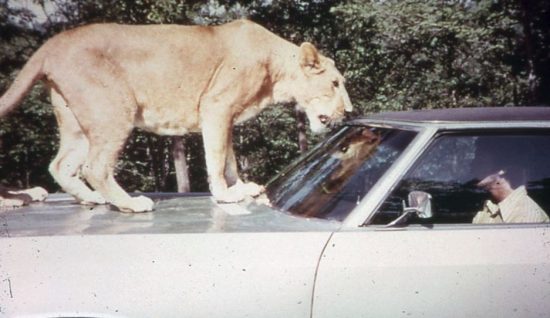 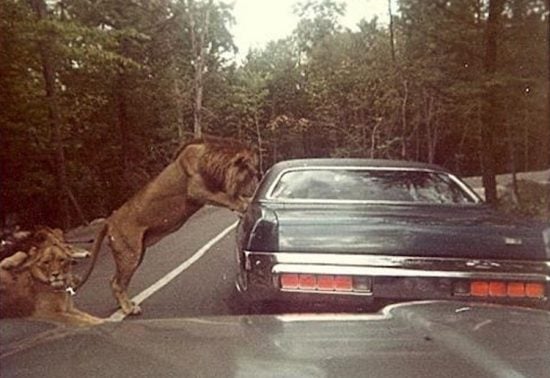 Two years into operation, another animal attack aroused concerns.  A young elephant reached out from its enclosure to pull a Guest closer.  She was bitten by the pachyderm.  68-year-old Elizabeth Ennis was awarded $200,000 in damages. 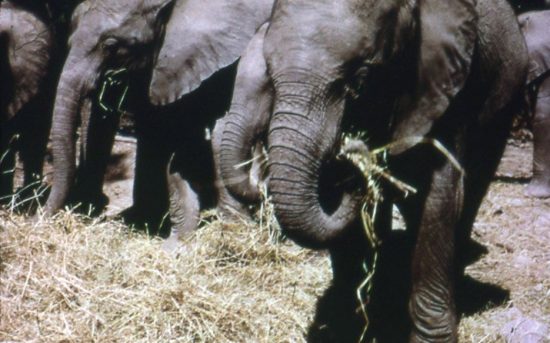 “Mrs. Ennis said she was grabbed by the 750-pound elephant when it extended its trunk over a four-foot-high fence. She said the elephant wrapped its trunk around her arm, pulled her off the ground, and bit her right hand.” – New York Times. 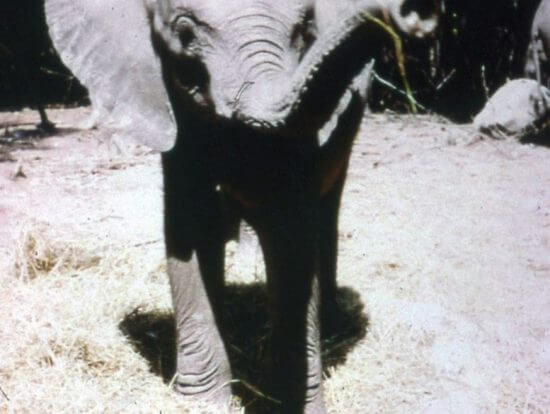 On occasion, animals would escape and wander into town.  The peacocks proved less of a problem than the wolves and lions that managed to gain brief freedom from the theme Park. 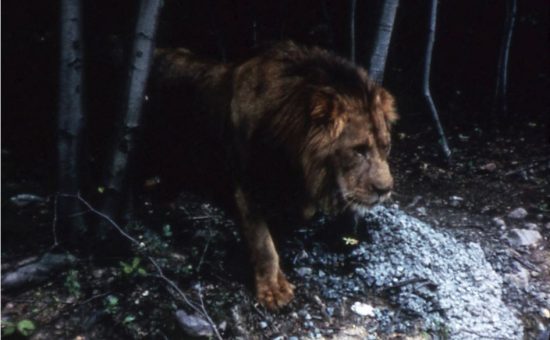 Jungle Habitat had hoped to expand and include several amusement park-style rides. Attractions, including a log flume, roller coaster, and several children’s rides, were slated to arrive in 1977.  However, the Park was shuttered in October of 1976, and the expansion never materialized. 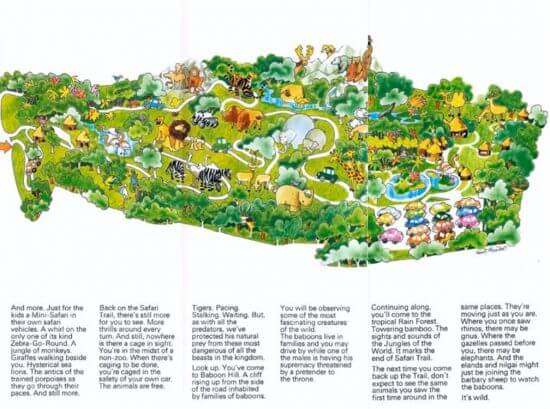 Perhaps due to the traffic challenges faced by the small town, or possibly a result of escaped wildlife wandering the town, or both, residents of West Milford voted against allowing the Park to expand.  The vote, cast just two days after the Park closed for the 1976 season, sealed Jungle Habitat’s fate.  Warner Brothers decided to sell all the animals and close the Park for good. 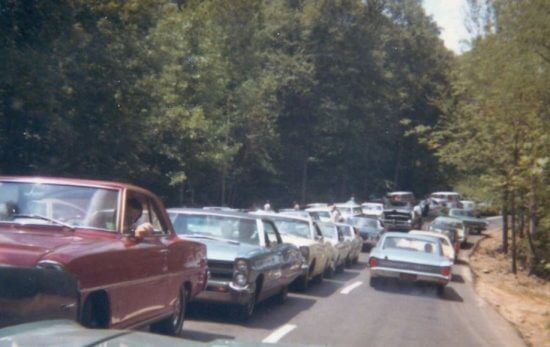 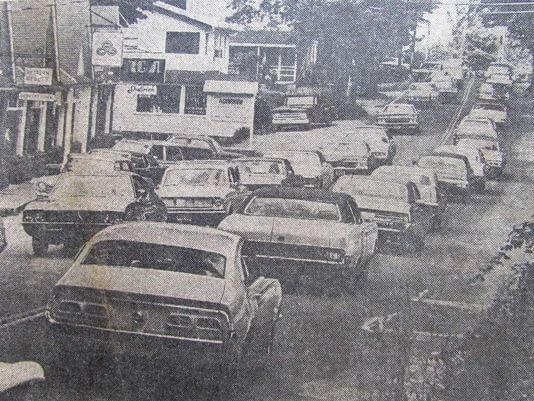 In 1988 the state of New Jersey purchased the Park’s 800-acre property and turned it into Ironworks State Park.  In 2007 several volunteers cleared brush and removed debris from the area.  Several trails (walking, cycling, and horse riding) were added the following year. The location has also seen several special events hosted at the Park since the clean-up. 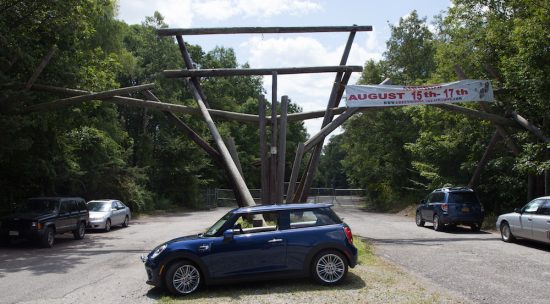 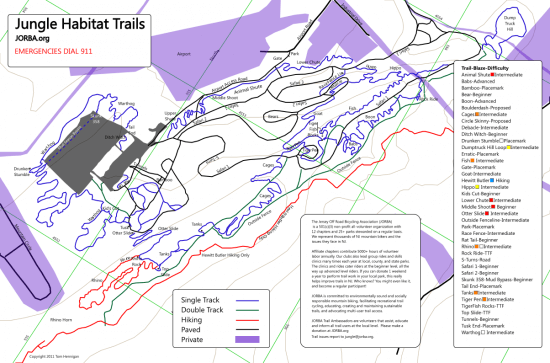 Related : Disneyland Resort: How Big Will Your Next Adventure Be?

For a bit of nostalgia, check out the cassette tape audio provided to visitors to listen to as they drove through the safari.  Surf to the West Milford Jungle Habitat website and find the green “Safari Ride Audio” button.

Were you one of the brave adventurers to go on safari at Jungle Habitat?  Please regale us with tales of your experiences by adding them to the comments below.