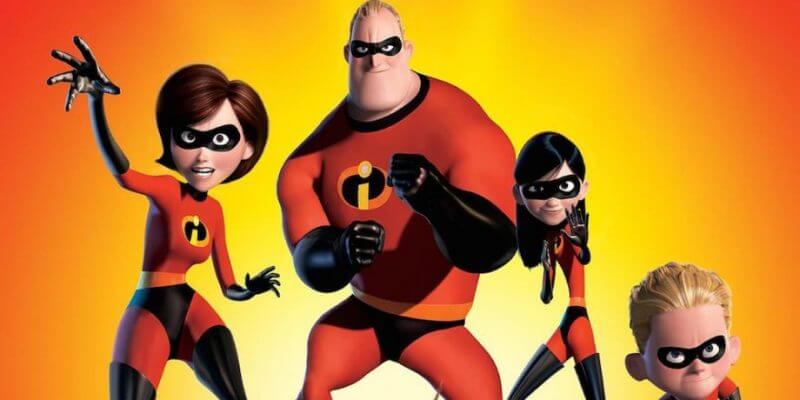 As 2017 winds down, we’re reflecting on our favorite Disney movies of the year, including “Star Wars: The Last Jedi,” the live-action “Beauty and the Beast,” and “Coco.” It was an exciting year for The Walt Disney Company, Lucasfilm, Marvel, and Pixar, and there’s even more to look forward to in 2018.

From new Marvel movies to the return of everyone’s favorite nanny, Disney has a full lineup of blockbusters in the year ahead.

Here are the films you can get hyped for in the New Year, in order of release date:

Synopsis: After the death of his father, the King of Wakanda, T’Challa returns home to the isolated, technologically advanced African nation to succeed to the throne and take his rightful place as king.

If the trailers are any indication, Marvel’s “Black Panther” promises to be action-packed, high-tech, and perfect for viewing in theaters. Luckily, February isn’t so far away.

Synopsis: After the disappearance of her scientist father, three peculiar beings send Meg, her brother, and her friend to space in order to find him.

Fans of Madeleine L’Engle’s classic book will either love or hate Disney’s version of “A Wrinkle in Time,” but the all-star cast and director Ava DuVernay has us looking forward to a movie that was apparently 54 years in the making.

Synopsis: The Avengers and their allies must be willing to sacrifice all in an attempt to defeat the powerful Thanos before his blitz of devastation and ruin puts an end to the universe.

Superheroes collide in this star-studded movie, which pretty much guarantees at least a few moments with your favorites. Plus, that epic battle scene at the end of the trailer looks amazing. 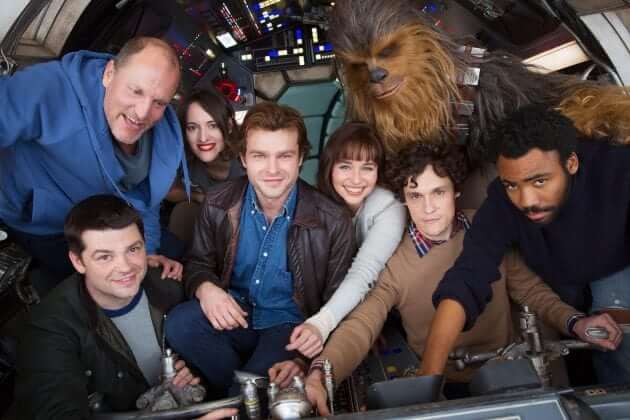 Synopsis: Han Solo and Chewbacca’s adventures before joining the Rebellion, including their early encounters with Lando Calrissian.

After this film’s director shuffle, everyone is curious to see how “Solo: A Star Wars Story” comes together with Ron Howard at the helm. Personally, we’re excited to see more of Han Solo and Lando Calrissian’s story on the big screen.

Synopsis: Bob Parr (Mr. Incredible) is left to care for Jack-Jack while Helen (Elastigirl) is out saving the world.

The long-anticipated sequel finally arrives, and we’ve also got the new Incredicoaster opening at Disney California Adventure in summer 2018. It’s going to be a big year for “The Incredibles,” that’s for sure.

Synopsis: As Scott Lang balances being both a Super Hero and a father, Hope van Dyne and Dr. Hank Pym present an urgent new mission that finds the Ant-Man fighting alongside The Wasp to uncover secrets from their past.

“Ant-Man” was a delightfully fun experience at the movies in 2015, and “Ant-Man and the Wasp” promises even more adventure with the tiny superheroes. We’re also looking forward to Michelle Pfeiffer’s debut as Janet van Dyne.

Synopsis: All Clara wants is a key – a one-of-a-kind key that will unlock a box that holds a priceless gift from her late mother. A golden thread, presented to her at godfather Drosselmeyer’s annual holiday party, leads her to the coveted key—which promptly disappears into a strange and mysterious parallel world.

The classic holiday tale gets a lush retelling from Disney, and we’re excited by the all-star cast taking on iconic fairy tale roles. With an early November release date, this movie is sure to kick off next year’s holiday season with a big, theatrical experience.

Synopsis: Six years after the events of “Wreck-It Ralph,” Ralph and Vanellope, now friends, discover a wi-fi router in their arcade, leading them into a new adventure.

How can you not love a movie that gathers this many Disney Princesses in one place? “Wreck-It Ralph 2” is sure to be a hit.

Synopsis: In Depression-era London, a now-grown Jane and Michael Banks, along with Michael’s three children, are visited by the enigmatic Mary Poppins following a personal loss. Through her unique magical skills, and with the aid of her friend Jack, she helps the family rediscover the joy and wonder missing in their lives.

Of course, the movie we’re looking forward to the most is nearly a full year away. “Mary Poppins” is one of the all-time best Disney movies, and we can’t wait to see Emily Blunt’s take on the iconic role. Plus, Dick van Dyke and Lin-Manuel Miranda? Take our money now.

Disney certainly has some exciting things lined up for 2018. Which movie are you most excited about seeing in theaters?

Comments Off on The Year Ahead: 9 Disney Movies to Look Forward to in 2018