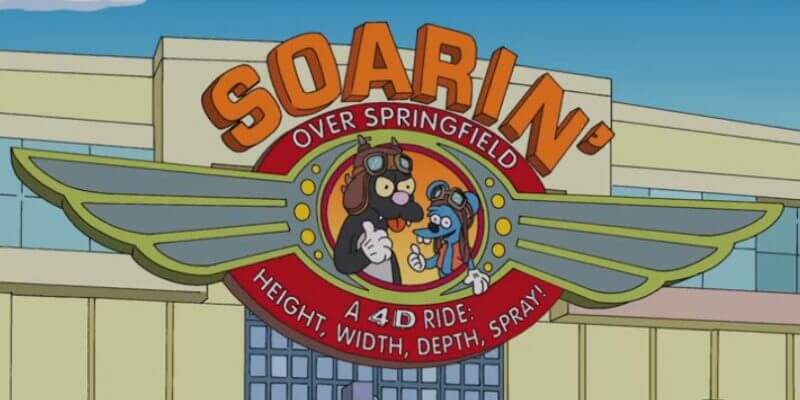 With news of the Walt Disney Company acquiring a good bit of 21st Century Fox, concerns arose over how certain beloved FOX properties would (or would not) fit into the Disney stable. X-Men and Fantastic Four already had a home waiting for them at the Disney owned Marvel franchise.

Other properties like “American Horror Story” (co-produced by Fox), “The X-Files,” “American Dad,” “Family Guy,” “Archer,” “Bob’s Burgers,” (will the 2020 movie still be made?), “The Exorcist,” and many more are now part of the Walt Disney Company.

Of all the fantastic franchises and movie memories the House of Mouse obtained, “The Simpsons” appears to be at least one of the crown jewels. The Simpsons’ camp was ready for the breaking news that they were now a part of the Walt Disney Company with a timely tweet touting a very Simpsons reaction: Ironically, it was “The Simpsons,” some 19 years ago, which foreshadowed that Fox would eventually be owned by Disney. Memes and screen captures related to the Disney deal jumped to life online: Putting aside that Simpsons-based entertainment is now at home in non-Disney theme parks, the show’s approach may not be a fit in the family-friendly world of Walt. Over the years, Bart and company have enjoyed plenty of jabs at Disney.  From couch gags (part of the show’s opening sequence) to all-out parody, the punches produced plenty of laughter. Low attendance at Euro Disney (now Disneyland Paris) gets a nod. Apparently, the gag was crafted before the park perked up:

The price of favored foods takes a jab as Homer breaks into the park:

The episode “The Man Who Came to be Dinner” pokes fun at how long it takes to actually make into the park. For those who have not been to Walt Disney World in Florida, parking is quite some distance from the Magic Kingdom:

Epcot and/or a dated Tomorrowland was not immune to a Simpsons scene:

Finally, this compilation of clips shows some of the Easter eggs found in Fox’s long-running animated series.  In this case, references to “Toy Story” make a few appearances:

With the success of “The Simpsons,” other FOX animated series emerged and even continued the cartoon lampoon of Mickey Mouse and company.  For example, this scene from “Family Guy” where Brian and Stewie end up in a “Disney-drawn” scene (WARNING – some material may be considered offensive and is not suitable for younger viewers):

So, what happens now?

Fortunately this is not unfamiliar territory. Jim Henson’s Muppets were acquired in 2004, though some would argue the resulting releases were not much of an improvement.  However, Disney has breathed new life into its ownership of Lucasfilm by way of several successful “Star Wars” films and movies from Marvel Studios have done extremely well in the box office for the most part (soon to be enhanced by the arrival of the X-Men and the Fantastic Four). The Fox treasure chest also gives Disney access to a host of other film and television properties.  These include several Best Picture award nominated and winning motion pictures (“M*A*S*H,” “Patton,” “The French Connection,” “Braveheart,” “Titanic”).  In addition to “Avatar,” and “Ice Age,” franchises like “Alien,” Planet of the Apes,” “The Omen,” and “Independence Day” will join “X-Men” and “Fantastic Four” as part of the deal.

“Batman” (1966), “Edward Scissorhands,” and “The Rocky Horror Picture Show” might seem a bit odd to be at home with other Walt Disney Company movies — at least until we examine films produced under the Touchstone banner. Shows like “The Exorcist,” “Family Guy,” “Archer,” and “The Simpsons” may not fit what many perceive to be “Disney” entertainment, but, like Lucasfilm and Marvel, these franchises may still have a place in the portfolio if left under the umbrella of 21st Century Fox nameplate which happens to be owned by the Walt Disney Company.