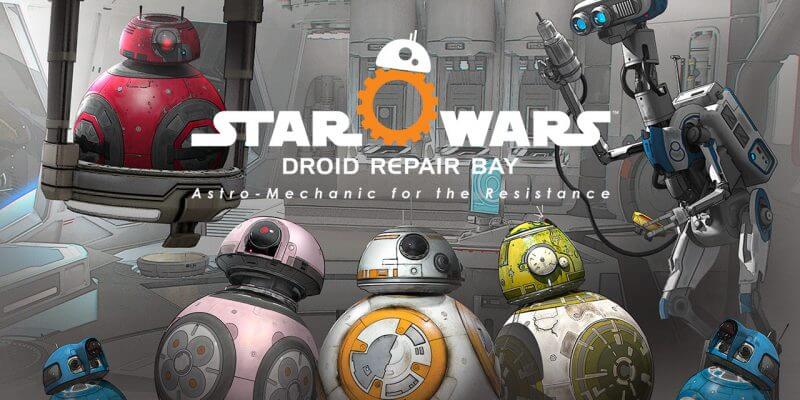 Though Walt Disney World and Disneyland Resort are already getting a state-of-the-art “Star Wars” virtual reality adventure this winter, Lucasfilm announced today on its official website that another new “Star Wars” VR experience is coming to Nissan dealerships in the United States, Mexico, and Canada.

“Star Wars: Droid Repair Bay – Astro-Mechanic for the Resistance” is being developed by Lucasfilm’s in-house tech department ILMxLAB, and the game will put participants in charge of repairing Astromech droids in immersive virtual reality. Fans can interact with BB-8 in this experience powered by Nissan and designed for the HTC Vive and Samsung Gear VR hardware. As a droid service technician aboard General Leia Organa’s Resistance ship, the user will be tasked with reconstructing both familiar and all-new “Star Wars” droids using his or her own movements while engaged in a fully-realized virtual-reality environment. No exact date for “Star Wars: Droid Repair Bay” was revealed by Lucasfilm today, but expect to see it at Nissan dealerships prior to the December 15th release of “Star Wars: The Last Jedi.”