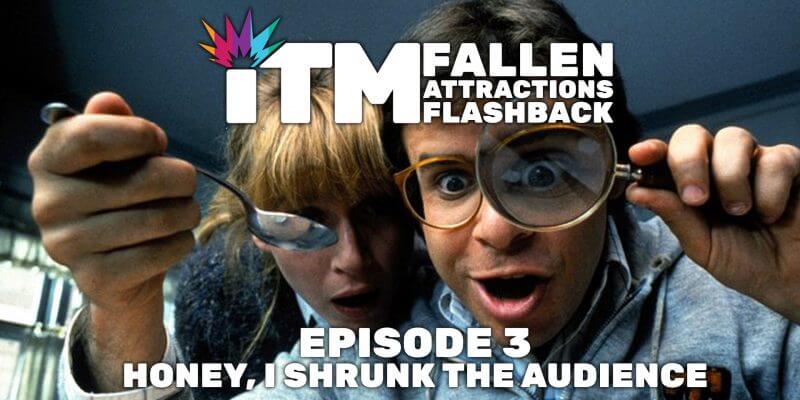 This new YouTube series takes viewers back in time to the attractions of theme parks past. This series will revolve around attractions found in theme parks from all around the world, including Disney, Universal Studios, SeaWorld and many other famous chain and independent theme parks.

On this week’s episode we’re taking a look back at a science experiment gone wrong, Honey, I Shrunk the Audience. This attraction first opened at Epcot in Walt Disney World and then spread to multiple Disney parks around the world. This experience was a 4D film spin off of the “Honey, I Shrunk the Kids“ film series where guests would get to see Wayne Szalinski and family as the scientist was to receive the prestigious Inventor of the Year Award. This all went awry when a science demonstration would go wrong, which led to the shrinking of the entire audience.

Also be sure to also checkout our last episode where we went back in time at Walt Disney World’s Magic Kingdom, to take a look at the intergalactic and horrifying ExtraTERRORestrial Alien Encounter.

Comments Off on Fallen Attractions Flashback – Episode 3: Honey, I Shrunk the Audience