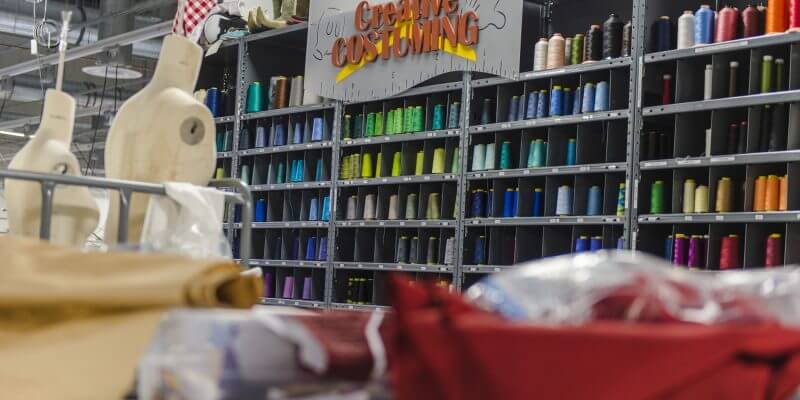 Adventures by Disney is known for their elaborate vacations to all kinds of exotic locations all over the world including Australia, Costa Rica, Spain and many more. However, they also offer some exciting opportunities a bit closer to home.

Adventures by Disney offers behind-the-scenes tours that take guests backstage to see how the magic is brought to life at Walt Disney World Resort. Seasonal tours lie the Gardens of the World Tour and Disney’s Holiday D-Lights provide inside looks some of Disney Worlds annual events and decorations.

The Backstage Magic tour goes a bit deeper and dives into how the magic that you will find at Walt Disney World every day is created, and all the hard work that goes into it. We had the opportunity to be a part of this tour recently and witnessed, first-hand, some of that hard work. The 7-hour tour’s first stop is the American Adventure at Epcot. Tour guides shared secrets regarding the design of the colonial-style building that houses what was supposed to be the premiere attraction in World Showcase, before leading the group inside to see how the attraction works.

On this particular tour, we were able to witness a test show from backstage, though the tour guides specified on several occasions that this will not always be the case as they never know what they might see on any given day. Creative Costuming was the next stop. Here, we were able to see models of some of the costumes that were created for use in the parks, as well as some original costumes that never quite made it to the show. In particular, two stunning costumes made for Disney’s Animal Kingdom’s Rivers of Light were on display here because they were cut from the show and never used.

We were also able to see the incredibly talented professionals at work, both designing and actually making costumes for the parks. The tour guides on several occasions referred to Disney as “the ultimate hoarders” and this stop proved that to be accurate. You will find a wall of costumes here from shows and attractions that have long since been retired. Textile Services was the next stop and though the way Disney does their laundry may not seem like the most interesting aspect of a behind-the-scenes tour, it was actually pretty fascinating.

The massive work floor sees roughly 2.5 million pounds of laundry go through its three miles of conveyor belt each week. Huge bins of laundry are brought from Disney World’s resort hotels to one end of the building, sorted, washed, dried, folded packed and shipped out the other end of the building in about an hour.

The tour guides took a moment to explain that the workers here work as hard as anyone on Disney property and yet they are never seen and therefore never get appreciated by the public. So the tour group took a moment to deliver a loud “Thank You” to the workers, a message that seemed to brighten their day. After breaking for a delicious lunch at Whispering Canyon Cafe in Wilderness Lodge, the next stop was Central Shops. This is where the work is done on all of the ride vehicles, animatronics, show sets and so much more.

For theme park fans, this is probably the most incredible part of the tour as you may get to see part of your favorite attractions being worked on before they get to go back into operation. For example, during our tour we were able to see ride vehicles for Space Mountain, Splash Mountain, The Many Adventures of Winnie the Pooh and many more.

We were also able to see a Jungle Cruise elephant animatronic being worked on, a C-3pO costume being painted and a carriage from the Prince Charming Regal Carrousel with its original paint job from before the attraction was moved to Walt Disney World.

Perhaps the main attraction though, was the still-functioning polar bear audio animatronic from the relatively recently closed Maelstrom attraction in Epcot. The final stop on the tour was the Magic Kingdom Utilidors. Here, you can see the intricate tunnel system that exists beneath Magic Kingdom.

The tour guides explained that this system allows cast members to get from one side of the park to the other without being seen by guests. You’ve probably never noticed a Frontierland cast member in Tomorrowland. That’s because they were walking beneath you the whole time.

They also explained how the utilidors are used for the park’s utilities, including electric, plumbing, trash and even wifi. This keeps the public from seeing any obtrusive wiring while also allowing Disney to access them if need be.

The Backstage Magic Tour certainly provides a lot of information and insight into how Disney creates such an amazing product.

A noteworthy moment near the end of the tour came when one of the tour guides asked “does this take away from the magic?” The unanimous answer from the group was a resounding “NO!”

Seeing the amount of hard work and incredible attention to detail that goes into the production that Disney puts on every day is nothing short of magic in and of itself. If anything, this tour will actually enhance my future experiences in the Walt Disney World parks.

For more information on the Backstage Magic Tour, visit Walt Disney World’s website. To book the tour for yourself, call (407)WDW-TOUR.